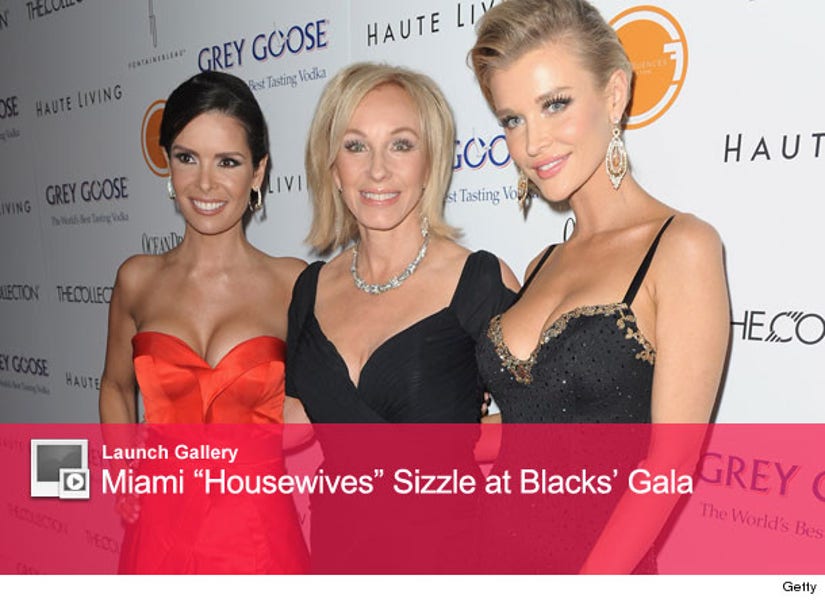 Are these the new "Real Housewives of Miami"?

After the first season struggled in ratings, Bravo retooled the show ... and the cast. Only half of Season 1's cast is returning: Lea Black, Marysol Patton and Audriana de Moura. Out are Alexia Echevarria, Larsa Pippen and Cristy Rice.

So who's taking their place?

Adriana de Moura hinted at their replacements, telling BuddyTV, "We have a handful of new girls. Let's say, more than two, less than five."

Reports are that supermodel Joanna Krupa (above right), dentist Karent Sierra (above left), and Lisa Hochstein are among the new housewives. A spokesperson for Bravo would not confirm the news, but all three women were at Lea (above center) and Roy Black's annual benefit gala for at-risk youth on Saturday.

The women have also been seen filming around Miami, though sources at the Blacks' gala said filming did not take place there. That allowed celebrity guests, including Mario Lopez, Gabrielle Anwar, Sammy Sosa and boxer Bernard Hopkins to enjoy performances by Queen Latifah and Tony Bennett and raise money for the Blacks' Consequences Foundation.

Click on the "Launch Gallery" button above to see more photos from the event.

Miami isn't the only "Housewives" city with a casting change. Camille Grammer told E! News she is not returning to "The Real Housewives of Beverly Hills" for Season 3. Her rumored replacement includes Yolanda Hadid and Diana Roque Ellis, but current housewife Brandi Glanville confirmed none of the cast has been signed on yet.