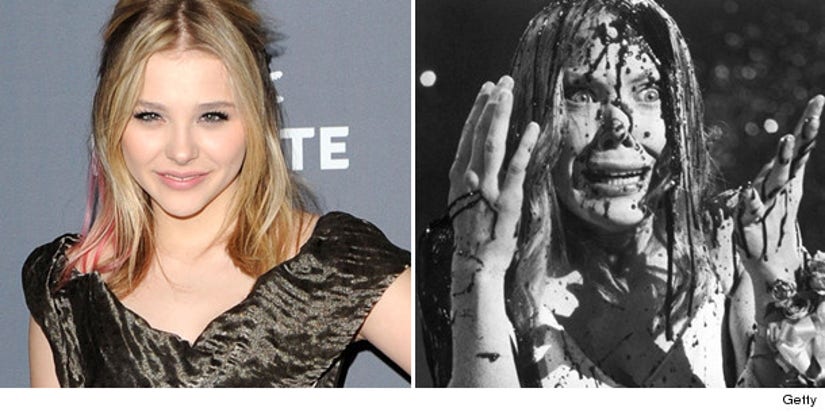 They're all gonna laugh at Chloe Moretz!

The 15-year-old "Kick-Ass" star has been offered the title role in MGM's upcoming remake of Stephen King's "Carrie" ... and from the sound of it, she's already accepted.

"Never been so happy in my life! Thank you Kim Pierce and thank u MGM for the chance of a lifetime i will never forget," Chloe tweeted moments ago, linking to Deadline's article about the offer.

In the movie, Chloe will play Carrie White -- a telekinetic teenager who turns prom night into a bloodbath after she's humiliated by the popular kids.