It appears the honeymoon is over for Bradley Cooper and Zoe Saldana -- the pair has reportedly called it quits.

US Weekly was the first to report that the stars have ended their three-month relationship. The duo -- who play a married couple in the upcoming flick "The Words," out in September -- were first spotted together at a New Year's Eve party. 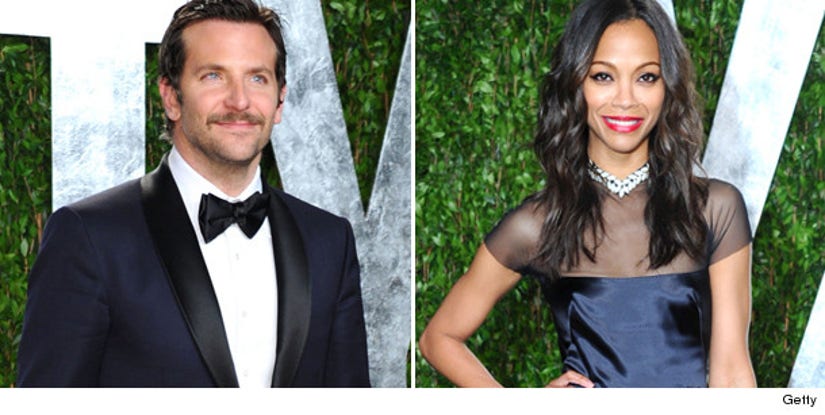 Neither actor has had much luck in the love department.

The reigning "Sexiest Man Alive" split from wife Jennifer Esposito in 2007 after less than a year of marriage. His nearly two-year relationship with Renee Zellweger ended last March, and reported hook ups with ladies like Jennifer Lopez and Olivia Wilde didn't pan out.

Zoe herself just ended a 10-year relationship with fiance Keith Britton in November.