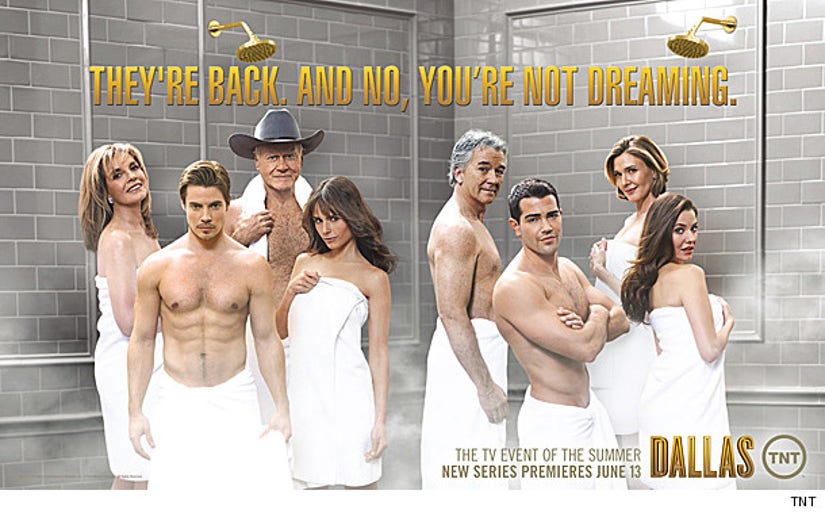 Hold onto your cowboy hats!

"Dallas" -- the popular primetime soap opera that ran from 1978-1991 -- is coming back this summer on TNT. Larry Hagman, Linda Grey and Patrick Duffy will be reprising their roles as J.R., Sue Ellen, and Bobby Ewing.

A promo photo for the series was just released featuring the cast in the shower the tagline, "They're back. And no you're not dreaming" -- a nod to the infamous scene from the original series where Bobby was found alive in a steamy shower stall and his death was part of a dream.

Are you excited about the "Dallas" remake? Watch the trailer below and share your thoughts in the comments below!