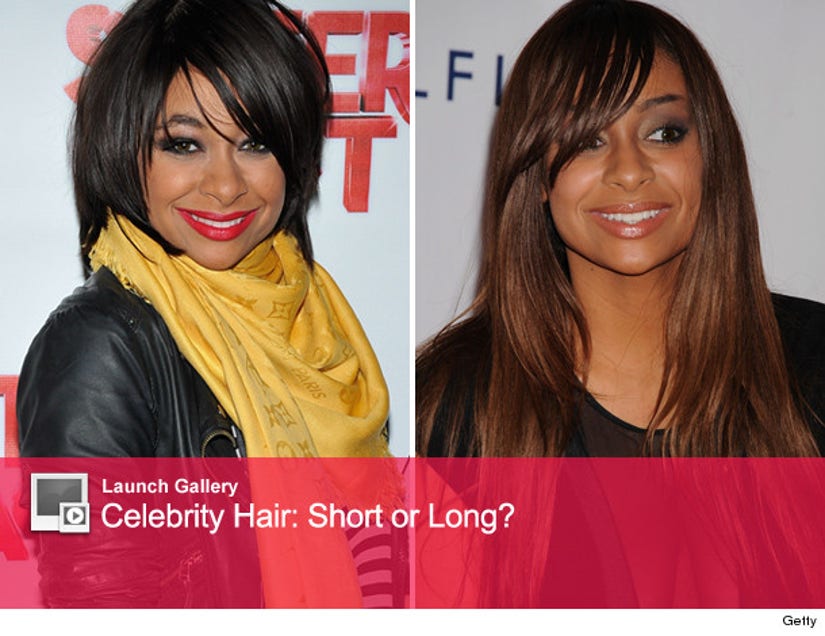 Raven-Symone has a new 'do!

The former star of "The Cosby Show" showed off a much shorter hairstyle last night in NYC after her Broadway debut as Delores Van Cartier in "Sister Act."

The bob is a departure from the longer locks she's been rocking recently -- and a far cry from the big wig she sports on stage in the musical.

Which look do you like better? Vote in the gallery above ... and see more stars who have gone from long to short!