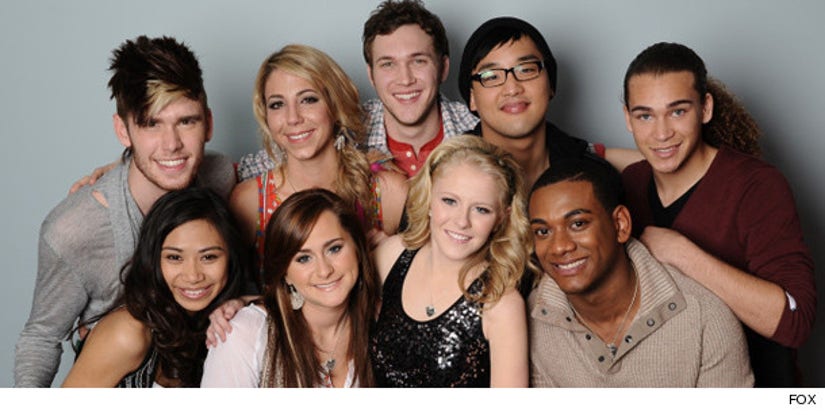 The goofy 22-year-old nonprofit organizer from New York who found his way back into the judges' good graces after weeks of silly on-stage antics was eliminated from the Fox singing contest. After receiving the fewest viewer votes, Han couldn't convince the judges to save him Thursday by reprising his serious take on Leon Russell's "A Song for You."

"Heejun, let the record show you knew this was coming yourself," said "Idol" judge Steven Tyler.

Han was joined in the bottom three by 18-year-old finalists Skylar Laine of Brandon, Miss., and Hollie Cavanaugh of McKinney, Texas. Laine was lauded by the judges during Wednesday's idol-themed performances for her energetic rendition of Miranda Lambert's "Gunpowder and Lead," while Cavanaugh failed to light up Tyler and Randy Jackson with Carrie Underwood's "Jesus, Take the Wheel."

The eight remaining singers will return to the stage to perform 1980s tunes for viewer votes next Wednesday. 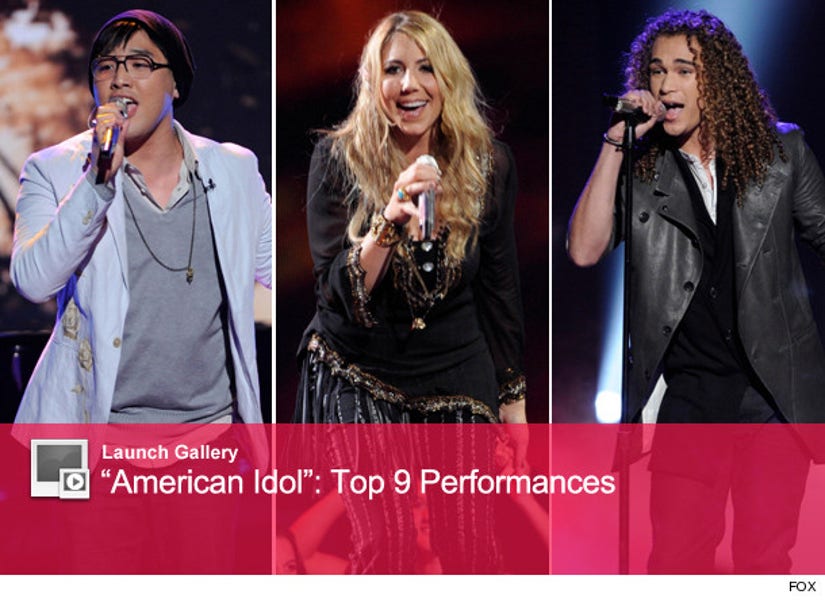