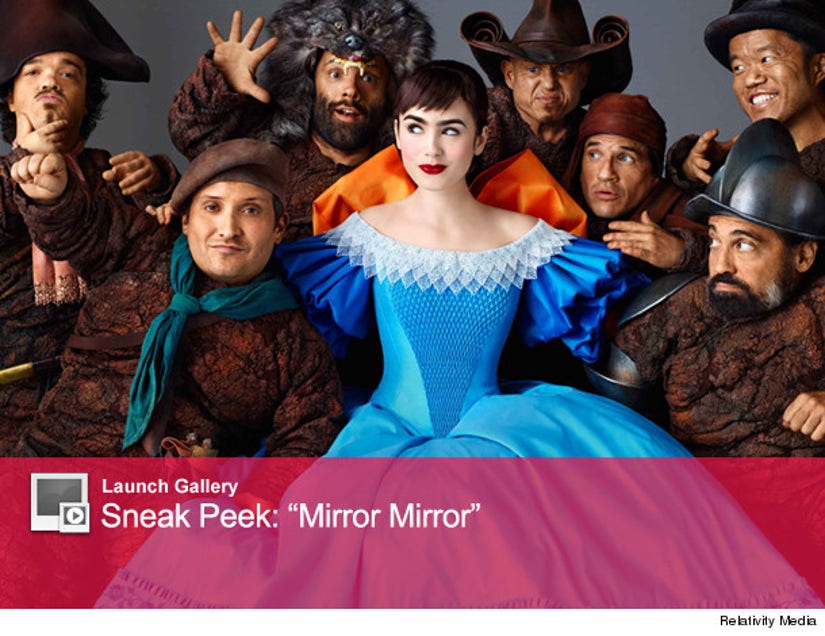 With help from the seven dwarfs, “Mirror Mirror” follows Snow White on her journey to reclaim the kingdom and her beloved prince, played by Armie Hammer.

Collins is no stranger to the silver screen, and in the last few years she's definitely been making a name for herself in Hollywood—she's already appeared in blockbuster flicks like “The Blind Side,” “Priest,” and “Abduction.”

Check out five fun facts about Lily, and click “Launch Gallery” above to see the rest of the cast in “Mirror Mirror.”

1. Lily's the daughter of singer Phil Collins and Jill Tavelman.

2. Lily's attending the University of Southern California, with an emphasis in Broadcast Journalism. She's contributed to Elle Girl UK, Seventeen, Teen Vogue, and the Los Angeles Times Magazine; and in 2008 she covered the presidential elections as a correspondent for Nickelodeon.

4. Lily has been linked to “Twilight's” Taylor Lautner and now she's rumored to be dating Zac Efron.

5. Lily's signature brows bothered her when she was young, but now she embraces them. “I've realized the quirky things that make you different, are what make you beautiful” she confessed to Seventeen.