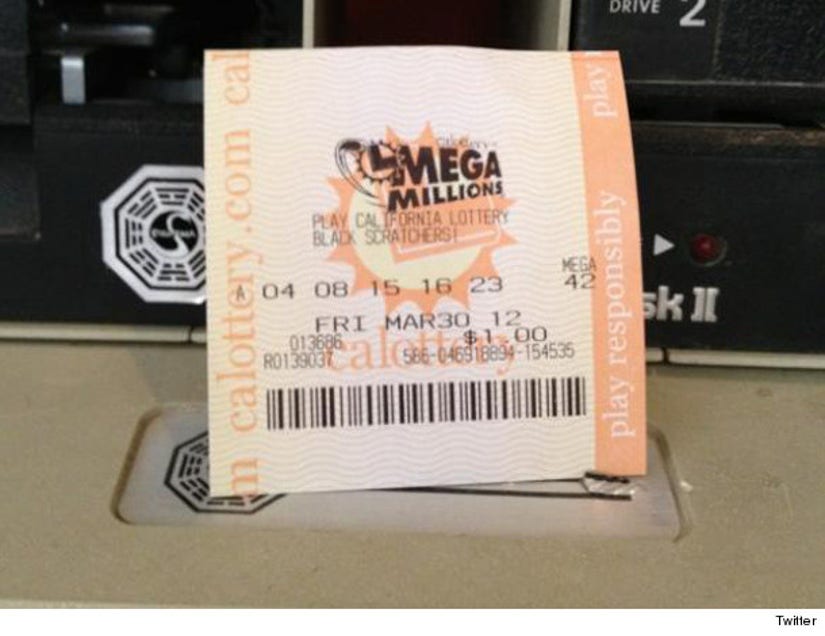 The "Lost" creator just tweeted out his lottery ticket for Mega Millions, showing he played the numbers 4, 8, 15, 16, 23 and 42 -- the same numbers Hurley (Jorge Garcia) played when he won on the show!

Lindelof tweeted "How could I resist?" along with the photo.

While the $640 million jackpot is worth trying for, there's just one problem: Those numbers were cursed on the show!

Hurley blaming his winning numbers for family deaths, divorce and, eventually, the big plane crash that got him stranded on the island.

Though, if real-life history is any indication, they could pay off.

In 2011, people who played the combination walked away with about $150 each from a $380 million jackpot.

At that time, Lindeloff told TMZ "I was tempted to buy a lotto ticket when I heard about the huge jackpot, but I never would've played the LOST numbers as the show clearly stated they were cursed and I'm a nervous enough flier as it is.”

Guess he changed his mind.

Are any of YOU trying to win the big bucks? Good luck!