The 47th Annual Academy of Country Music Awards were held in Las Vegas on Sunday night, with Miranda Lambert and Taylor Swift the big winners of the night!

Taylor snagged the Entertainer of the Year honor for the second year in a row, making her the second female to win the award in back-to-back years, following in Carrie Underwood's footsteps.

Miranda -- whose hubby Blake Shleton co-hosted the evening, and who took home the Top Male Vocalist award himself -- was awarded with both the Top Female Vocalist and Album of the Year honors.

Other big winners included Jason Aldean and the original "American Idol" champion Kelly Clarkson who were honored with the Single of the Year and Vocal Event of the Year awards for their duet "Don't You Wanna Stay." 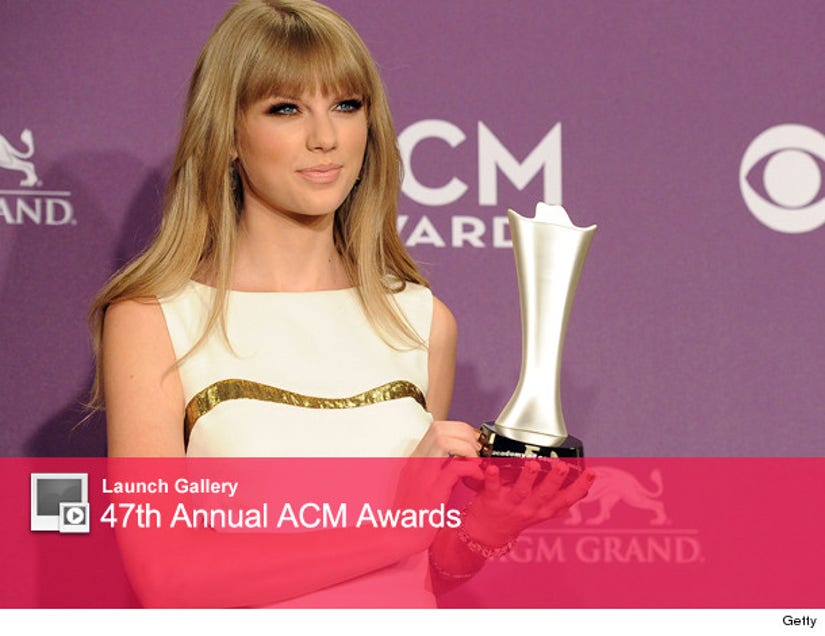 Click "Launch Gallery" above to see shots of the stars from the big night, and see below for a full list of winners!