Stephenie Meyer may be the Queen of the Twi-Hards thanks to her immensely successful "Twilight" novels, but she's written about more than just Edward and Bella ... and it's coming soon to theaters!

"The Host" takes on sci-fi of a different kind -- no vampires or werewolves here, instead, we delve into a world of aliens! 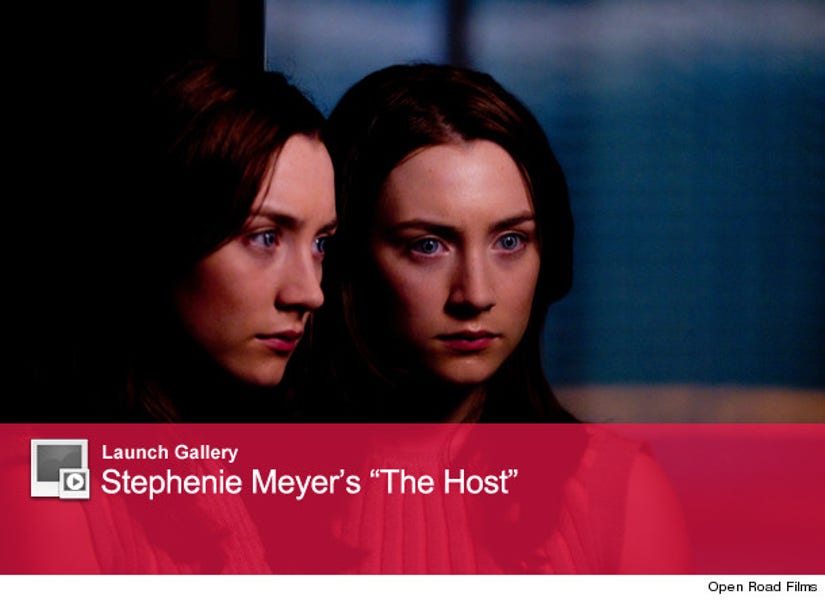 The Earth has been conquered by foreign invaders, with the human race unwilling hosts for their creepy evil-doing. Saoirse Ronan -- Oscar nominee in 2008 for "Atonement" -- plays a human who refuses to cooperate with their takeover, and we follow what happens as she tries to revolt.

Click "Launch Gallery" above for first shots of the 17-year-old as human-defender Wanda, along with castmates Diane Kruger and Max Irons.

And you can watch the teaser trailer for the film here!