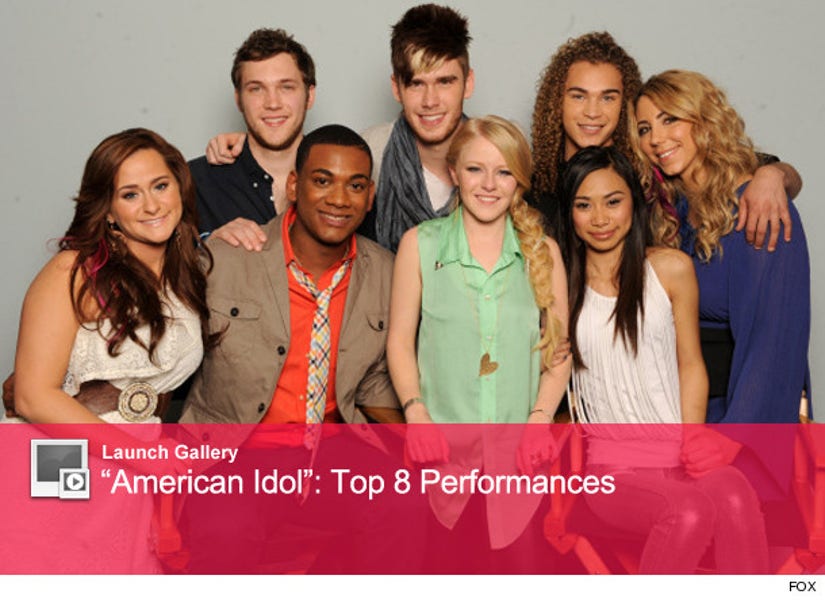 The falsetto-powered 17-year-old student from San Jose, Calif., impressed the "Idol" judges with DeBarge's "I Like It" on Wednesday's 1980s-themed installment, but he wasn't rescued by the panel Thursday after receiving the fewest viewer votes.

Jennifer Lopez told Brackensick that she was outvoted by Steven Tyler and Randy Jackson to use the judges' one-time-only ability to save him from dismissal.

"I only get one vote," said Lopez. "I'm sorry. We're not saving you tonight."

Before his last-chance performance of Stevie Wonder's "Master Blaster," Brackensick was joined in the show's bottom three by rockin' 28-year-old teacher Elise Testone, of Charleston, S.C., and booming 18-year-old vocalist Hollie Cavanagh of McKinney, Texas. Testone and Cavanagh seemed more likely to be eliminated after receiving the judges' harshest criticism on Wednesday.

The other singers remaining in the competition are Colton Dixon, 20, of Murfreesboro, Tenn.; Skylar Laine, 18, of Brandon, Miss.; Joshua Ledet, 19, of Westlake, La.; Jessica Sanchez, 16, of San Diego; and Phillip Phillips, 21 of Leesburg, Ga. The seven finalists will return to the stage Wednesday and face elimination again Thursday.