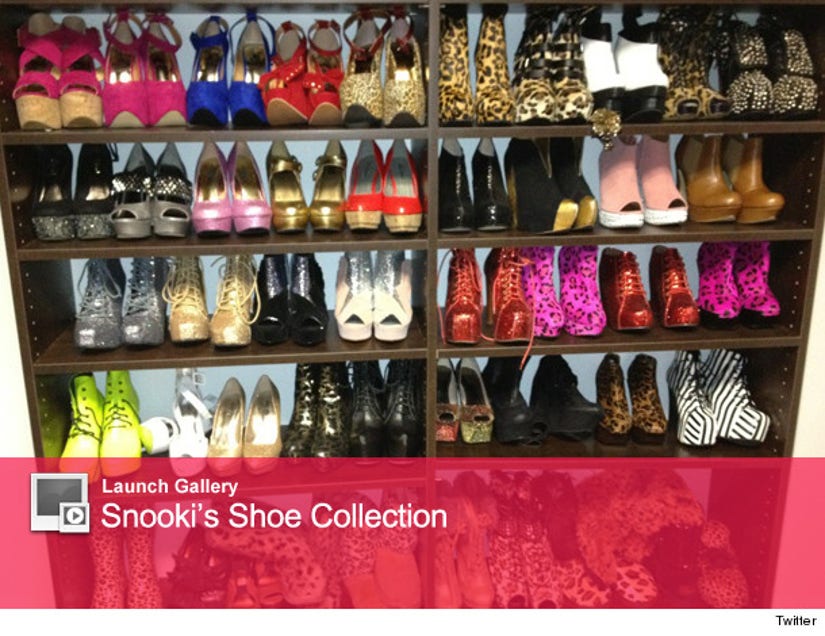 With over 12 pairs of leopard print shoes inside and many more covered in glitter and studs, this closet could only belong to one person: Snooki.

The pregnant "Jersey Shore" star has an addiction to footwear and showed off her "obsession" to her fans earlier today on Twitter.

"Anyone care to see my *Shoe Paradise*?" she tweeted, before posting the above photo. "Just one side of some of my shoes! I LOVE ME SOME SHOES !!!!"

Snooks claims she "always spent mula on shoes," even before she started making more money on the MTV reality show.

But will she keep them in the closet while pregnant with Jionni LaValle's baby? Nope!

"I'll give birth in heels," says Snooki. Let's hope it's not those neon pink ones.

Check out more of Snooki's questionably fashionable footwear in the gallery above.