She may play the confident, hardened, sexy spy Black Widow in "The Avengers" (opening May 4), but in real life Scarlett Johansson is vulnerable.

In a revealing interview with Vogue's Jason Gay, the 27-year-old actress finally opens up about her marriage -- and divorce -- from Ryan Reynolds, her post-split relationship with Sean Penn, and the nude photo scandal that rattled her to the very core.

Read some excerpts from her interview below, and click on the "Launch Gallery" button to see beautiful shots of her and "Avengers" costar Mark Ruffalo by famed photographer Mario Testino. 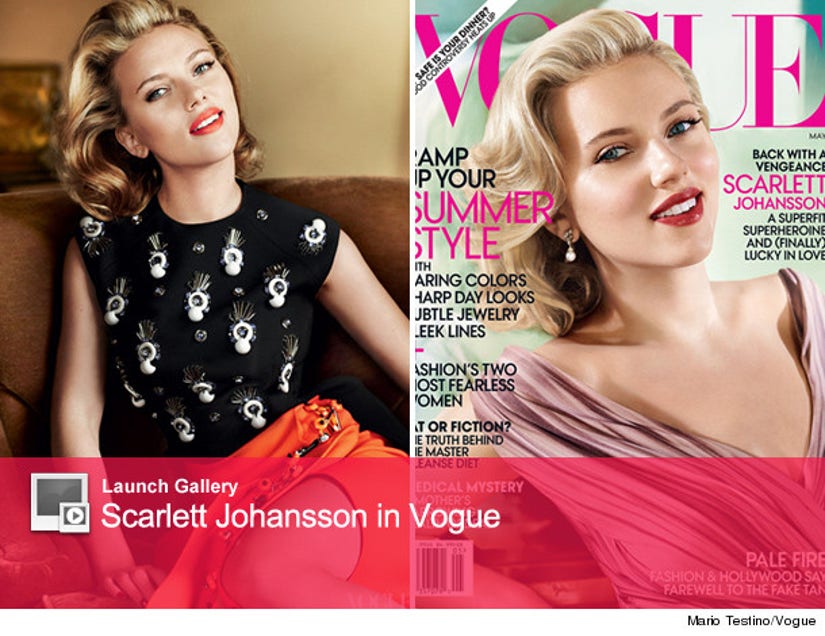 On her 2008 marriage to Ryan Reynolds:

"We always kept our story private -- how we met, our wedding, everything. It was about us."

"The falling in love and getting married and making that commitment ... I think it's nice to know that you're capable of loving somebody in that way. I think it's a rare opportunity."

On parting after their divorce:

"It was devastating. It really throws you. You think that your life is going to be one way, and then, for various reasons or whatever, it doesn't work out."

"This was something I never thought I would be doing. And there's no way to navigate it. Nobody can give you the right answer."

On her relationship with Sean Penn:

"I never put a title on it, really, but we were seeing each other."

“In my marriage, funnily enough, we had relative privacy, [the media attention on her and Sean] was a little bit of an adjustment.”

On the nude photos that were hacked from her phone:

"Somebody stole something from me ... It's sick. I don't want people like that to slide.”

“When all those photos came out, of course I go out to dinner and think, 'Goddamn it, these people have all seen my ...' You can't not think that. Even if they haven't, you're paranoid."

For more of Scarlett's interview, head over to Vogue.com or pick up the May issue on newsstands now!