It's a supermodel showdown! Miranda Kerr and Brooklyn Decker both recently stepped out in the same Stella McCartney Summer 2012 dress with mesh cutouts.

Miranda wore an all-black version to the premiere of Paul McCartney's video "My Valentine." Naturally, she opted to wear a dress by the Beatles' designer daughter. With her brunette hair in a bun and dark pumps, it was a fairly monochromatic look, save for a yellow Stella McCartney python clutch.

Brooklyn wore the runway version to a "Battleship" photocall in London back in March. This version of the dress features mixed prints and black and white embroidery in addition to the mesh panels.

Who wore it better? Miranda's look might be a little bland, but we think it's far better than Brooklyn's. The blonde actress is gorgeous, but even she can't carry of this super busy dress. We want your opinion!

Vote in the gallery below on this look and other celebrity fashion face-offs: 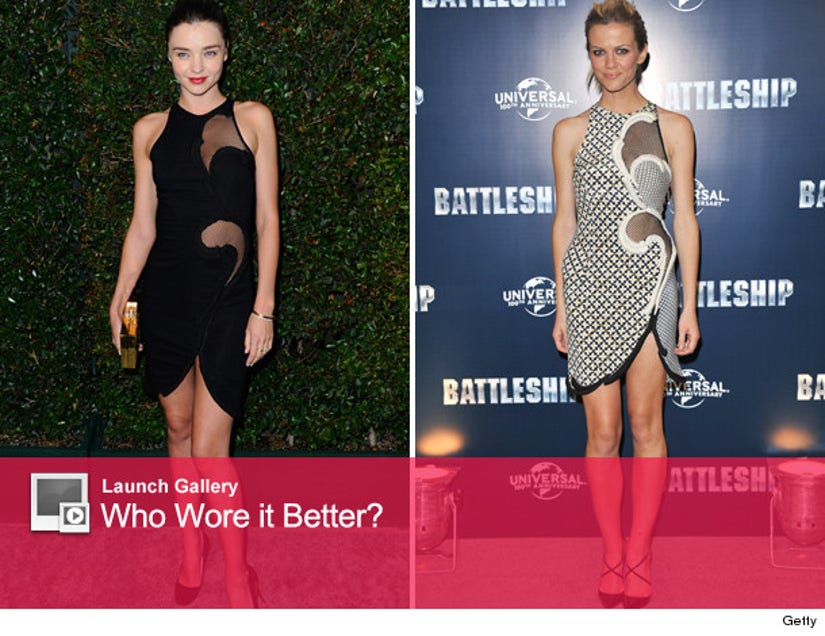