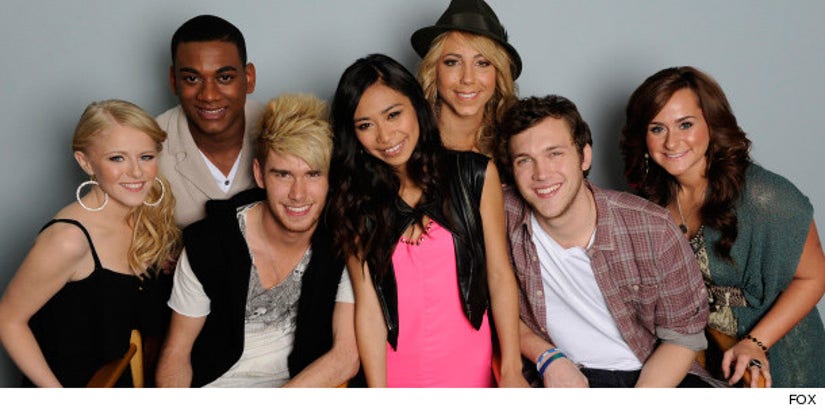 The 20-year-old alt-rocker was revealed Thursday to have received the fewest viewer votes on the Fox talent competition. Dixon was surprisingly eliminated from "Idol" after delivering lukewarm renditions of Lady Gaga's "Bad Romance" and Earth Wind and Fire's "September" on Wednesday's evening of old and new tunes. It was his first time in the show's bottom three.

"I need to apologize," Dixon said. "I wasn't myself last night, and I get it."

Dixon was joined in the bottom three by Elise Testone, the rockin' 28-year-old teacher Charleston, S.C., who fizzled with Alicia Keys' "No One" and Marvin Gaye's "Let's Get it On," and soaring 18-year-old singer Hollie Cavanagh from McKinney, Texas, who redeemed herself with Adele's "Rolling in the Deep" and Dusty Springfield's "Son of a Preacher Man."

The dismissal of the Murfreesboro, Tenn., native, who sometimes used the "Idol" platform to broadcast his Christian faith, shocked the finalists, including groovy crooner 21-year-old Phillip Phillips of Leesburg, Ga. The normally jovial singer remained seated on a couch on stage with his head down and his hands clasped as Dixon performed his swan song.

"You have a huge career ahead of you," Randy Jackson told Dixon after his elimination.