Photos By TooFab Staff | April 19, 2012 2:55 PM
Do blondes really have more fun? Olivia Wilde is once again testing the theory.

The 28-year-old showed off her newly lightened mane at the premiere of "The Five-Year Engagement" in New York on Wednesday. She's gone back to her roots for her role in the upcoming flick "Rush," which she's currently shooting with Chris Hemsworth in London.

Do you think Olivia looks better as a blonde or a brunette? Click "Launch Gallery" above to vote on her and other celebs who've gone both light and dark! 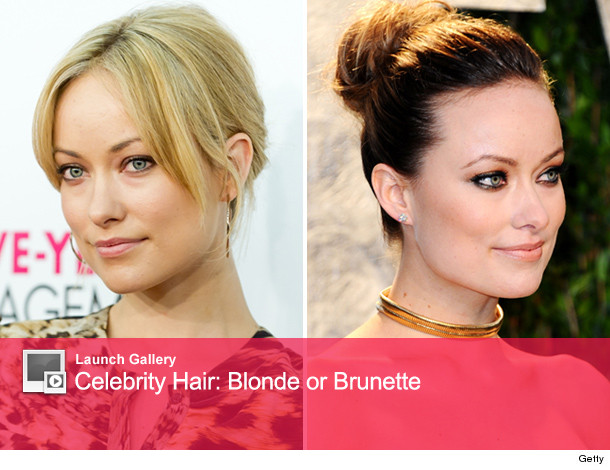 "The Five-Year Engagement" -- a romantic comedy about the trials and tribulations of an engaged couple -- brought out some big names for its premiere. Film stars Jason Segel and Emily Blunt were on hand, along with Amy Poehler, Alison Brie, LeeLee Sobieski and more.

Click "Launch Gallery" below for all the shots from "The Five-Year Engagement" premiere! The movie hits theaters April 27.

Kobe Bryant's Daughter Gianna Ready to Carry on His Legacy