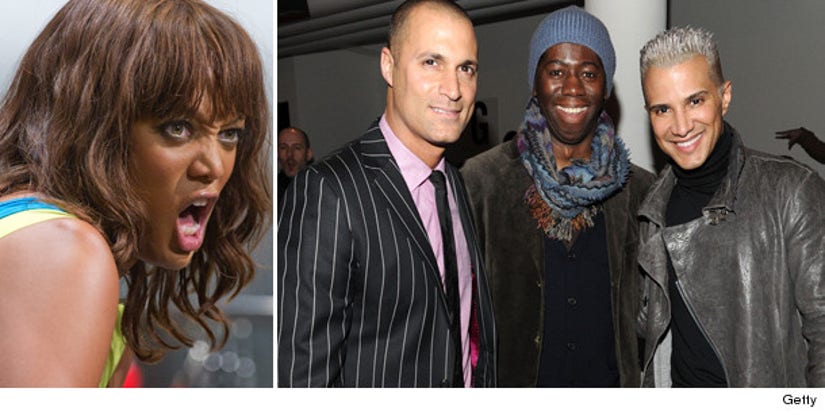 In a shocking move, the "America's Next Top Model" creator and host has let go three longtime talents from the show: Nigel Barker, Jay Manuel and Jay Alexander.

Nigel, a noted fashion photographer, has served as a judge since Cycle 2 (2004). Jay Manuel, affectionately called Mr. Jay, has been creative director since the show's inception. J. Alexander, aka Miss Jay, served as judge from Cycle 5 to 13 and as the contestant's runway coach.

The dismissals are part of major changes for the longtime modeling competition, which is currently in its 18th season. Next season is rumored to have a "college" theme. Page Six reports that producers are looking to add a strong social component and have been reaching out to prominent fashion bloggers.

Fierce & love 2 my @NigelBarker, @MrJayManuel & Miss J. #ANTM turned us in2 a family. Excited for what the future holds for us. XOXO TyTy

“Nigel Barker, Jay Manuel and J. Alexander have been an integral part of the 'America's Next Top Model' brand and they helped turn this show into the household name it is today," executive producer Ken Mok said in a statement. "They have been amazing assets to the show and will always be a part of the 'Top Model' family. We will continue to actively work with each of them on future projects.”

The show has undergone cast changes in previous seasons, but none this major. Models Kimora Lee Simmons, Janice Dickinson, Twiggy, and Paulina Porizkova have all served on the judging panel at one time.

Will you watch "ANTM" without the Jays and Nigel? Vote in our poll below.