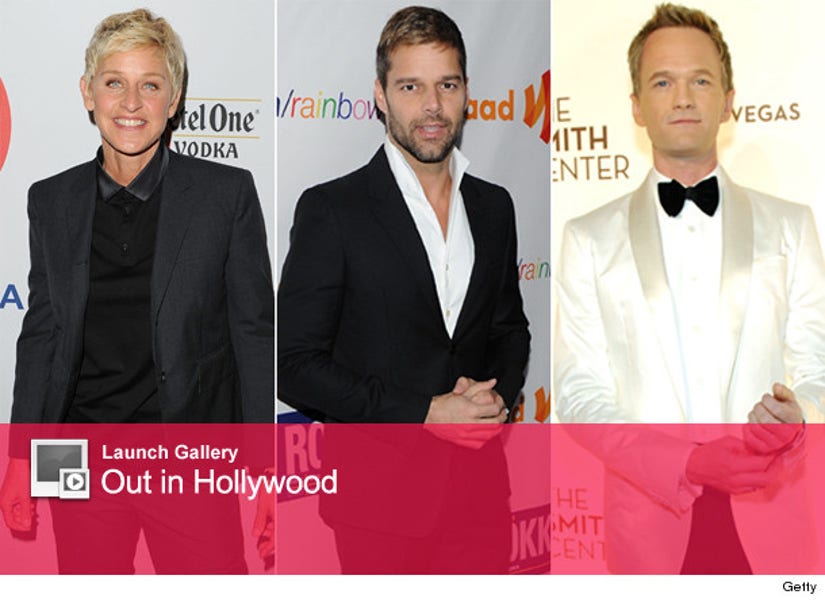 Fifteen years ago today, Ellen DeGeneres' eponymously named sitcom character came out of the closet … in front of millions of viewers!

The comedienne first revealed she was a lesbian in a 1997 appearance on "The Oprah Winfrey Show."

In a move where art imitates life, Ellen Morgan, her character on "Ellen," came out to a therapist, played by guest star Oprah.

The episode also showcased a memorable scene with Melissa Etheridge, who also came out of the closet in 1997. Watch as the two women, who are now major LGBT activists, poke fun at the challenges of coming out!

42 million Americans watched the groundbreaking episode, which won an Emmy Award for Writing and a Peabody award. Unfortunately, "Ellen's" ratings dropped and the show was canceled in 1998. However, Ellen helped pave the way for others to come out.

See other celebs in Hollywood that are openly gay, above!