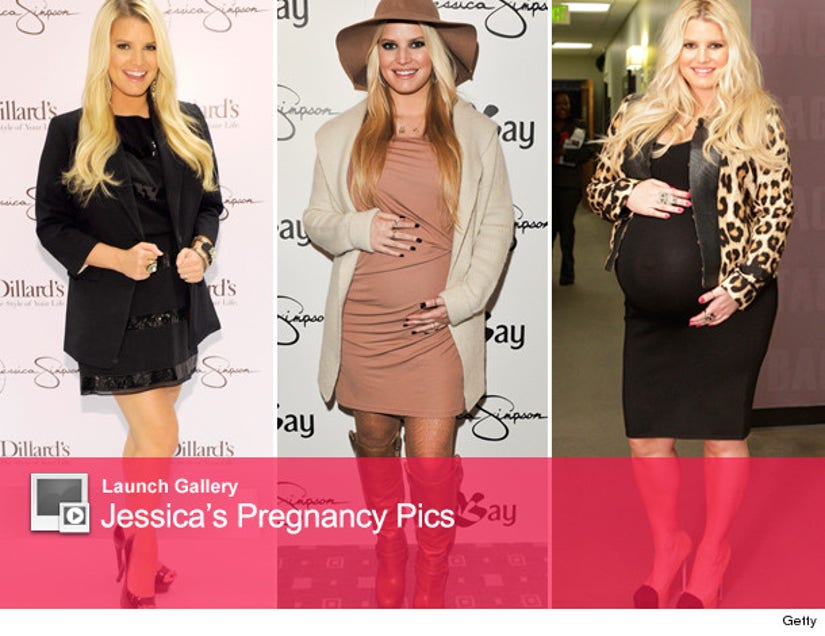 It's a girl for Jessica Simpson and fiancé Eric Johnson .... finally!

The 31-year-old singer and her 32-year-old husband-to-be welcomed a daughter on Tuesday morning.

According to Us Weekly, the girl's name is Maxwell Drew Johnson and she weighed in a 9 lbs. 13 ounces.

Jessica also revealed the news on her own website, posting this message to her fans:

This is the first child for the couple, who got engaged in November of 2010.

Eyes have been eagerly watching Jessica's growing baby bump since she announced her pregnancy way back in October.

Speculation over her baby's birth got so bad Jessica had to tweet last week "To everyone who keeps congratulating me on the birth of my baby girl...I'm still pregnant!! Don't believe what you read ladies and gents."

This week she also tweeted that she wanted to give birth while wearing a leopard print caftan ... but no word on if she actually did.

Congratulations to the family on their bundle of joy!