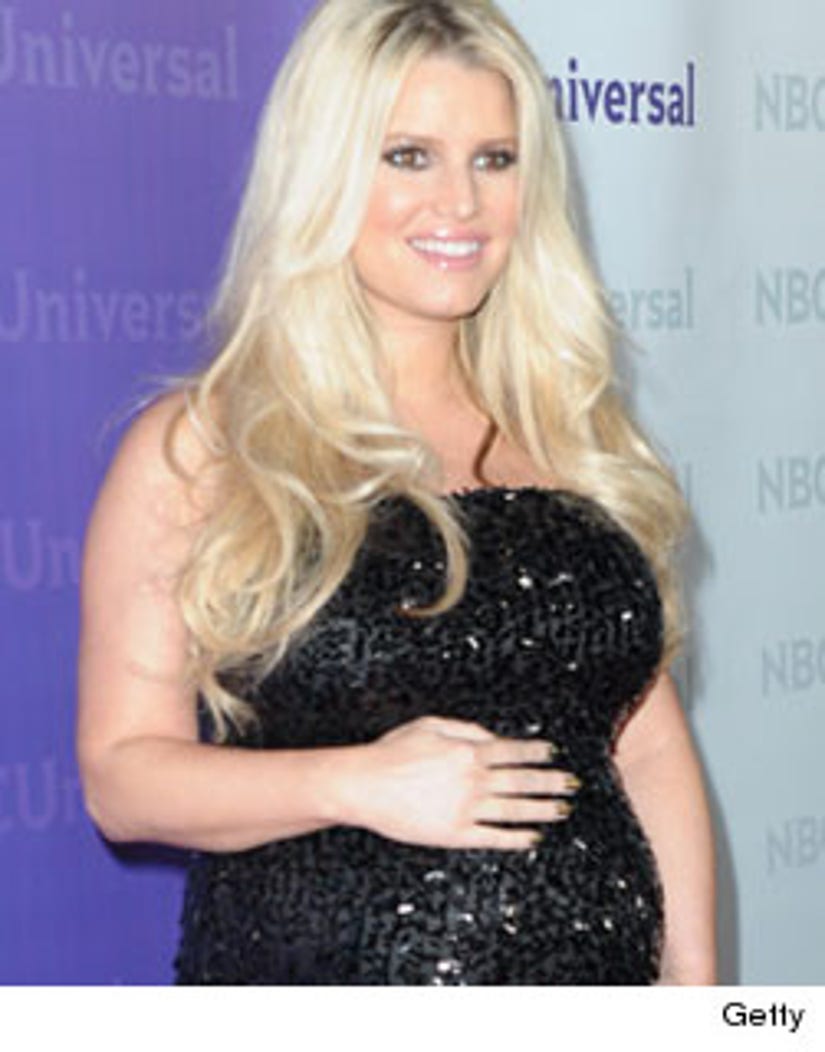 Could it finally be time? Is Jessica Simpson finally about to give birth?

According to TMZ, all signs point to yes. Jessica's mom Tina and sister Ashlee were spotted arriving at a Los Angeles area hospital early this morning.

The parents of Jess' fiancé, NFL player Eric Johnson, were also with the Simpsons.

Is the family gathering for the impending birth, or may Jess have already the baby? Either way, something is (finally) happening!

Jessica and Eric have been engaged since November of 2010. Jess announced on Halloween of last year that she was pregnant with their first child, postponing the wedding until after the birth.

What do you think Jessica should name her new addition? Let us know in the comments below!