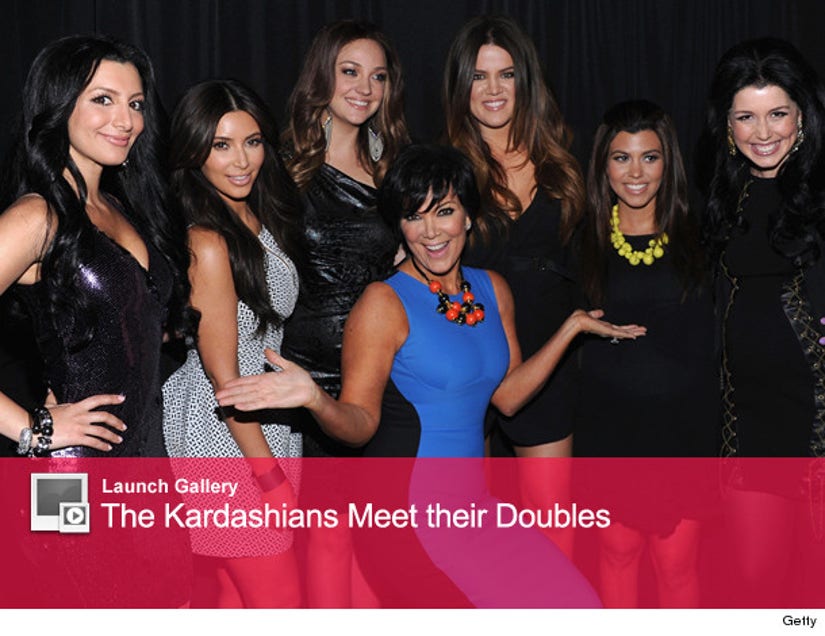 The Kardashians were recently skewered on "Saturday Night Live" ... but they clearly don't hold a grudge against their SNL dopplegangers!

Kim, Khloe, Kourtney and Kris were all on hand at the E! Upfront presentation yesterday in NYC, where they were surprised on stage by their hilarious doubles.

Nasim Pedrad, Abby Elliott and Vanessa Bayer all came out during the event, in full hair and makeup as the E! reality stars.

"We were introduced to them onstage in front of the entire event," Khloe wrote about the experience on her official website. "It was so fun to finally meet these talented comediennes!"

Check out the photos above -- and the original skit below: