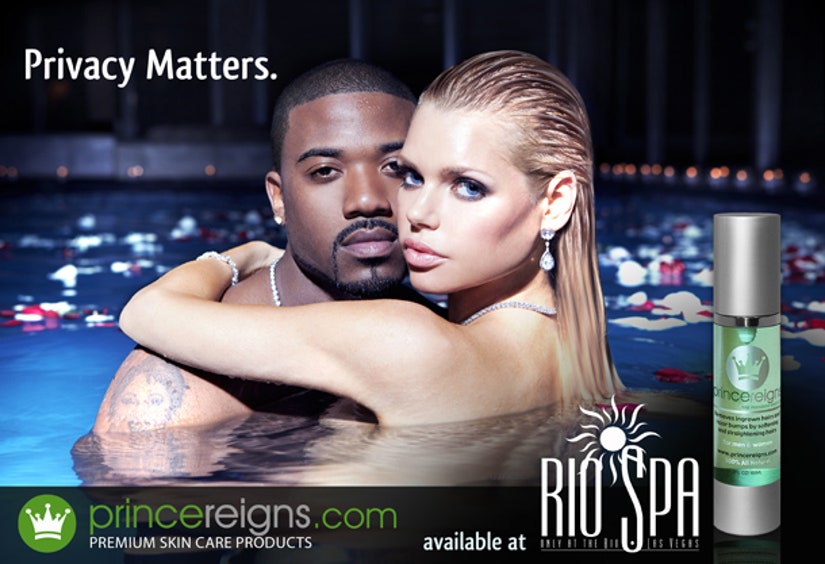 The singer-turned-reality TV star has a new gig: shaving gel spokesman. He and paparazzi darling Sophie Monk are the new faces of Prince Reigns shaving serum.

Ray J and Sophie each inked $1 million endorsement deals ... which explains why they're dripping in diamonds ... literally. The two are featured embracing in a pool for a sexy new Prince Reigns billboard, which you can see above.

The two were even rumored to be a couple when she was spotted leaving his house, but it was for this very shoot!

"I had to tell my mum that I had been over to Ray J's house but I was there for a modelling job for a new campaign for Prince Reigns, and I left at 3:30 and the only picture taken of me was at 3:30 in the afternoon when I arrived,” Sophie admitted.