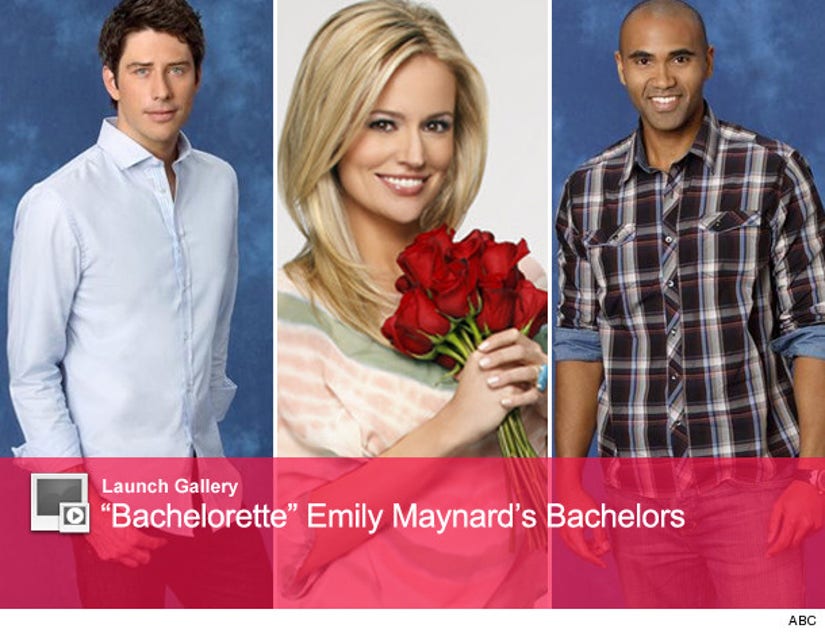 If these photos are any indication, Emily Maynard could have a hard time picking a potential husband.

ABC just released photos of the 25 men vying for her love and affection on the next season of "The Bachelorette" ... and they're a good-looking bunch.

The show has been criticized for not having ethnically diverse casts in the past though -- so is this season any exception?

Of the 25 guys, only one is black. There are also four contestants from other countries -- including a race car driver from the Netherlands, a mushroom farmer from Colombia and a grain merchant from Brazil.

The show was recently sued by two black men who claimed both "The Bachelor" and "The Bachelorette" blocked contestants of color from starring roles.

At the time, Warner Horizon Television released a statement reading:

How do you think they did this time? Sound off below!

The new season kicks off May 14.