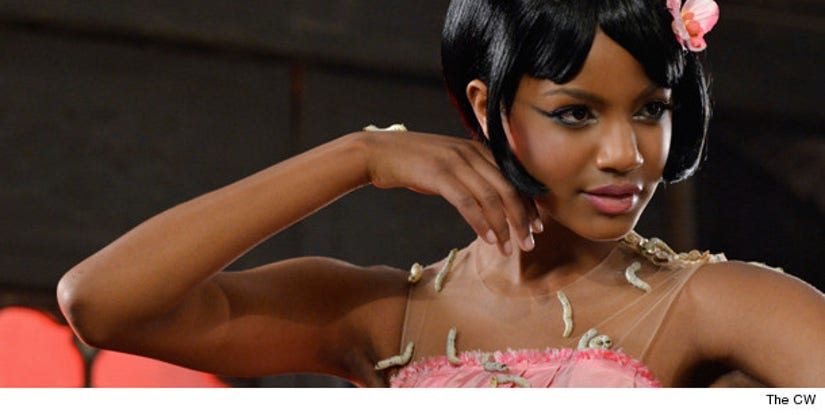 "America's Next Top Model" channeled a little "Fear Factor" last night when the contestants had to pose with silkworms for a photoshoot!

The remaining six hopefuls flew to their international destination: Macau. Macau is one of the largest exporters of silk, and to up the "fashion" (or freak) factor of the shoot, they were covered in the crawling larvae.

British contest Alisha seemed to have the worst reaction, but all the girls pulled their nerves together for the shoot. Laura, who spent her childhood collecting centipedes, ended up with the best photo of the night.

It's not the first time "Top Model" has used insects in photo shoots. Back in Cycle 3, the models had to pose with a tarantula (a few even had the spider crawling on their faces). In Cycle 16, the models wore jewelry covered with pheromones and then were doused with bees. Check out the photos below: 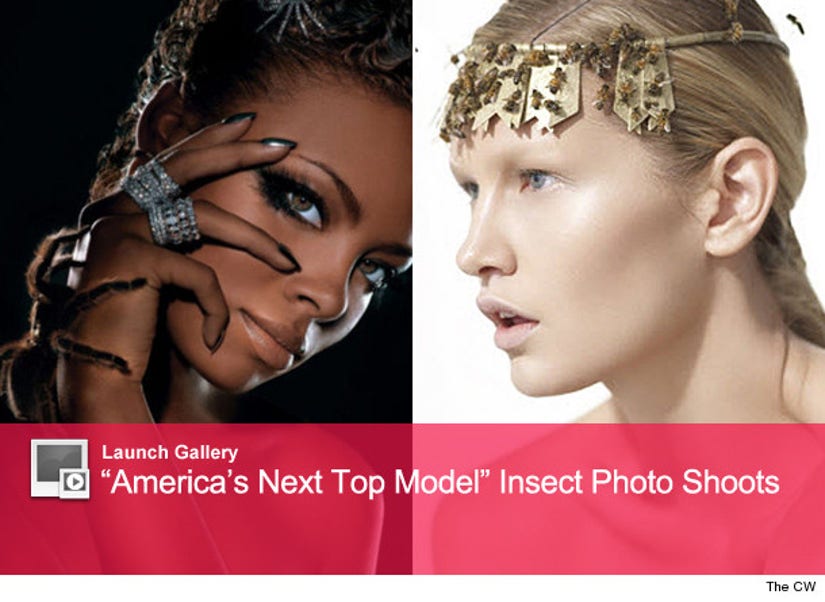 Somehow, we don't think head judge Tyra Banks will be posing with bugs anytime soon. Check out this hilarious clip of Tyra freaking out over a moth back from Cycle 12.