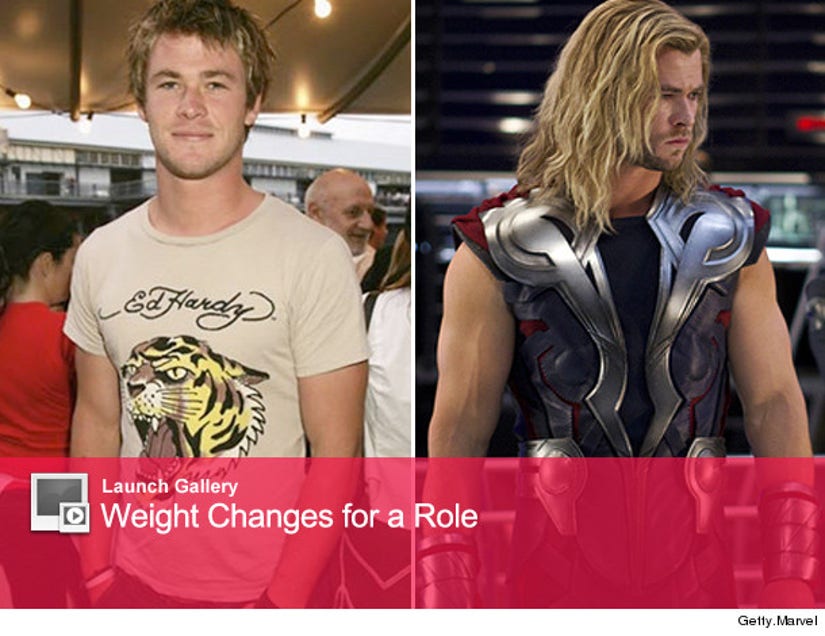 Muscle men Chris Evans, Jeremy Renner, Robert Downey Jr. and Chris Hemsworth play four of "The Avengers" in the new blockbuster flick -- but they weren't always as buff as their movie counterparts.

The four men went through some big physical changes to become Marvel superheroes.

And while Renner was already in serious shape from doing films like "The Hurt Locker" and "Mission: Impossible -- Ghost Protocol," his arms definitely got even bigger to play marksman Hawkeye in the new flick.

On the opposite end of the spectrum is Mark Ruffalo, who actually lost more than 15 pounds to play Bruce Banner. “They didn't want me all ripped up," he revealed in an interview last year. "But they want me to do be lean and mean."

Mark's green alter-ego, The Hulk, was done with CGI.

Scarlett Johansson also went back to the gym to squeeze into her Black Widow catsuit ... but no word on how much she had to lose to make it happen.

Check out more weight changes for movie roles in the gallery above!