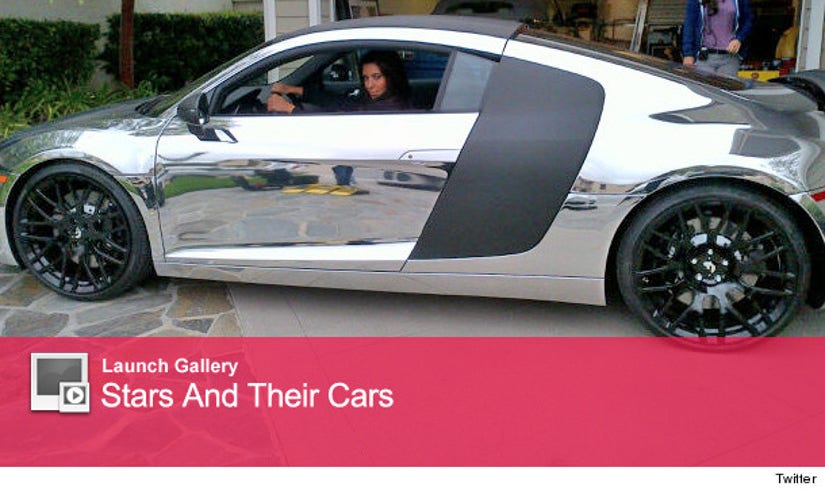 Scott Disick got a sick new car -- and Kim Kardashian's already been in the driver's seat.

"Who needs a mirror when I'm driving @scottdisick's car!?!" Kim tweeted, along with the photo.

Scott is the latest celeb to get a chrome car. Both Justin Bieber and Taylor Lautner were also seen driving around in metallic vehicles, though theirs are both Fisker Karmas.

What do you think of Scott's new wheels? Sound off below!