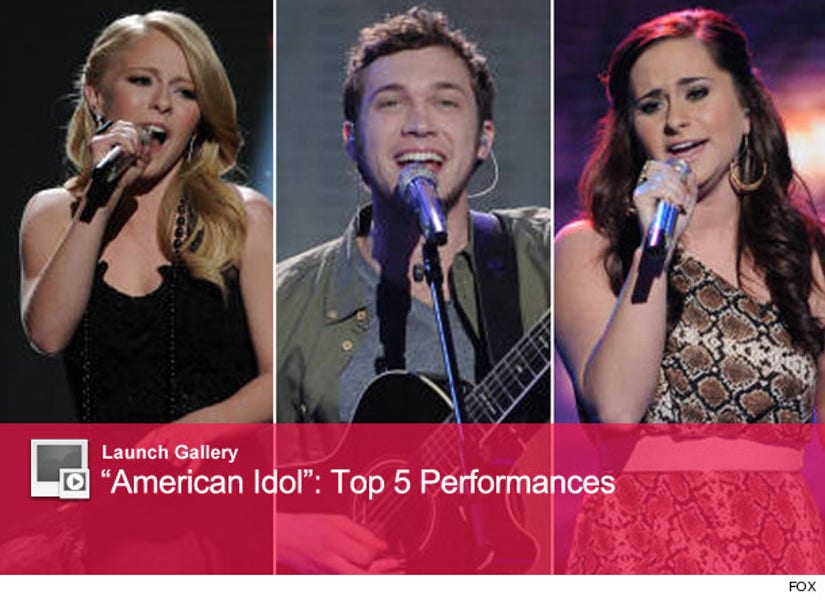 LOS ANGELES (AP) — It was an unfortunate night for Skylar Laine (far right) on "American Idol."

It was revealed Thursday on the Fox singing contest that she received the fewest viewer votes.

Laine was joined at the bottom by Hollie Cavanagh. The 18-year-old balladeer from McKinney, Texas, opened Wednesday's installment with Ike and Tina Turner's "River Deep Mountain High," and later dialed it down with the Leona Lewis hit "Bleeding Love."

The other singers remaining in the competition are Joshua Ledet, of Westlake, La.; Phillip Phillips, of Leesburg, Ga.; and Jessica Sanchez, of San Diego.

The four remaining finalists will return to the stage next week.