Jean-Claude Van Damme is back ... and he's holding a grudge against Sylvester Stallone!

The Muscles From Brussels is joining Stallone and other action movie icons for "The Expendables 2," which opens August 17, 2012!

Van Damme will play a villain ironically named Jean in the sequel to the 2010 hit. He'll be the head of a rival mercenary gang intent on stealing a powerful weapon.

Judging by this new trailer, he and Sly are going to have slug it out. At 51, Van Damme has still got his signature flying kick!

"We'll have a big showdown between me and Van Damme, which has been anticipated for a long time, so it should be a good one," Stallone says of their fight.

Also in the clip, we see Arnold Schwarzenegger ripping a door off a smart car and tons of other bad assery.

Check out the cool character posters below! 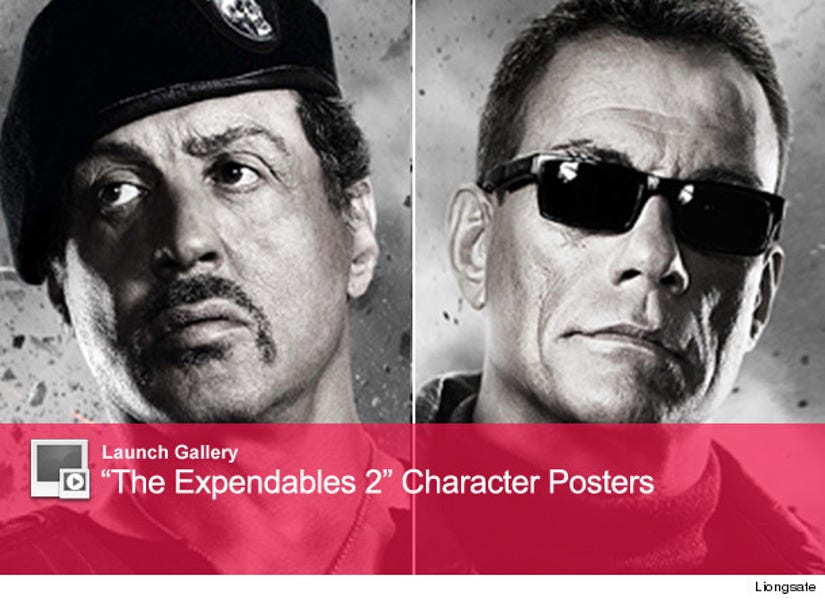