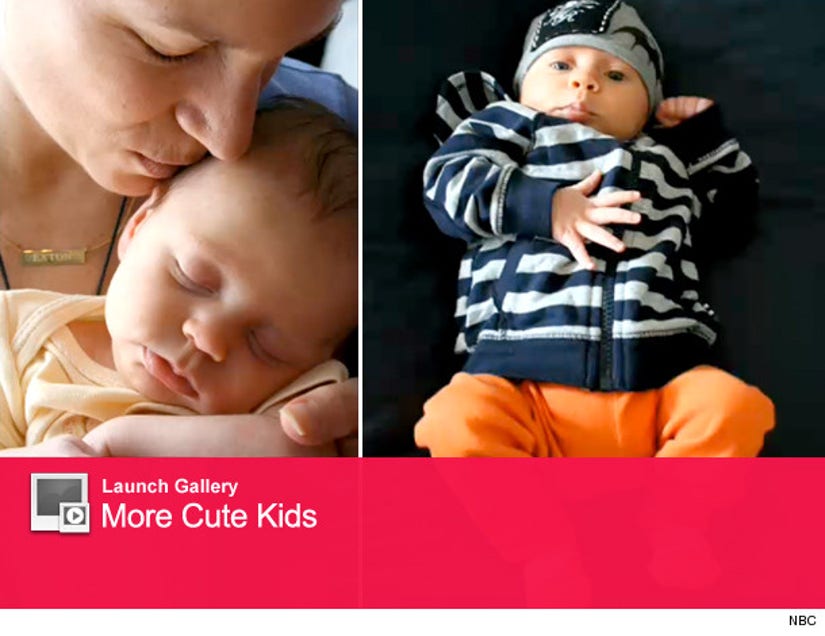 While "The Avengers" is already on its way to breaking major box office records, star Robert Downey Jr. has something else to be proud of: His adorable 8-week-old son.

Robert, 47, used his interview with Jay Leno last night to show off the first photos of his new son with wife Susan, 38.

"He's so darn cute, isn't he?" Downey Jr. said as he showed a photo of Exton with Susan. He then showed another pic of the baby wearing a striped hoodie and orange pants.

Exton is Robert's second son. He also has 18-year-old Indio from a previous relationship.