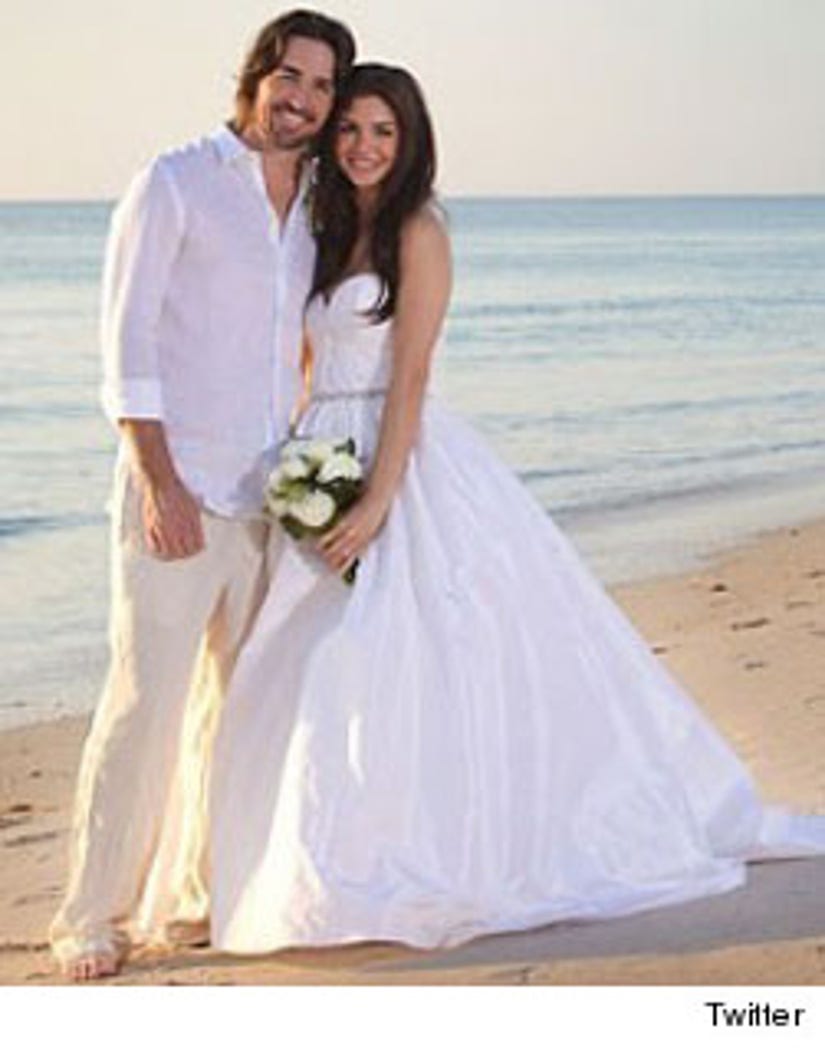 Just one month to the day after proposing to his girlfriend on stage during a concert at his alma mater high school, Jake Owen is now a married man!

The 30-year-old wed Lacey Buchanan, 22, on Monday, during a sunrise ceremony in his hometown of Vero Beach, FL.

According to People, the ceremony was a small, family affair, where the bride wore an Amsale gown and veil while the groom donned a white linen Armani shirt and Tommy Bahama drawstring pants.

The couple met when Lacey appeared in the video for Jake's 2009 hit "Eight Second Ride."

The ecstatic groom tweeted this photo of him and his new bride, along with this sweet sentiment:

A best friend for life. I now have a wifey :) my face hurts from smiling. What a wonderful way to start the rest of my life.