We know you Gleeks are sad that the "Glee" season is quickly drawing to a close, but here's a bright spot in your day -- the first look at your favorite McKinley kids swapping bodies ... and Lindsay Lohan!

Hot on the heels of last night's big prom episode, next Tuesday will deliver 2 hours of "Glee" goodness.

Watch a special behind-the-scenes video above, and click "Launch Gallery" below for the hysterical cast photos! 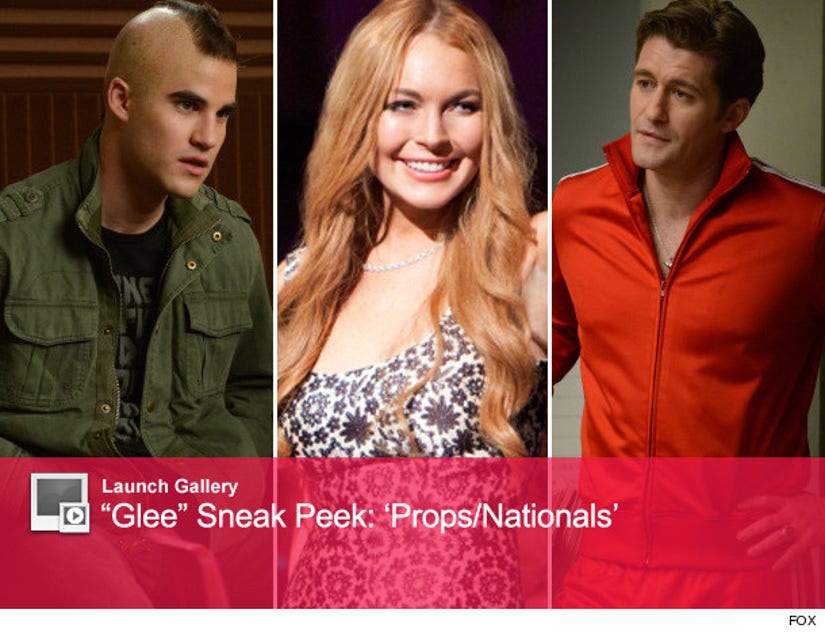 Also included in the shots above, your first look at the "Nationals" episode, guest starring Lindsay Lohan as herself. We were first to give you exclusive details from the set, now see the first shots of Lindsay as a judge at the biggest singing competition of the year. She'd better vote for the right group!

The special two-hour "Props/Nationals" episode of GLEE airs next Tuesday, May 15 on FOX.