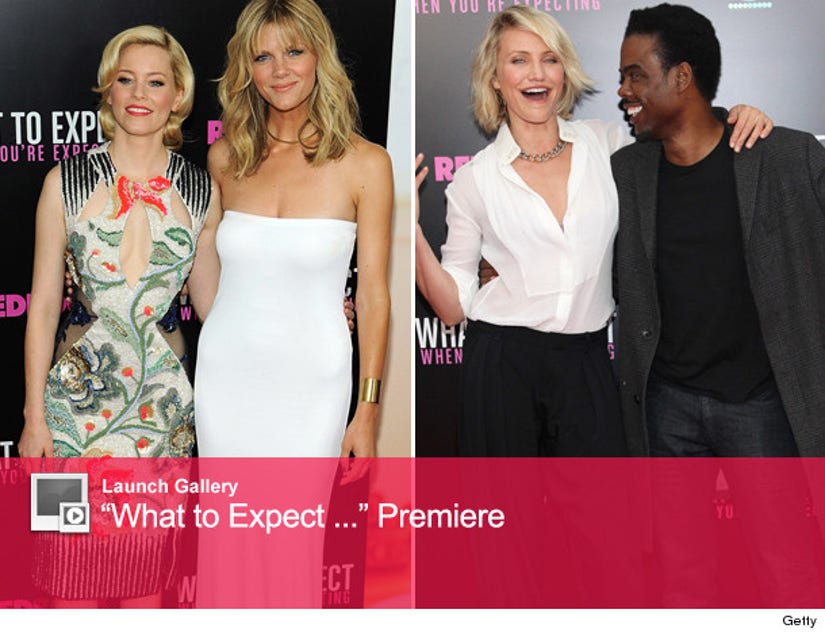 A bunch of stars from "What to Expect When You're Expecting" hit the red carpet last night the film's premiere -- but who was M.I.A.?

Of course, J.Lo is in the middle of planning a summer tour and also films "American Idol" twice a week ... so she was probably a little busy.

At the premiere, Diaz showed off her shorter 'do, which she says was a complete accident.

“The whole hair thing is ridiculous,” Diaz recently told "EXTRA" about the media reaction to her new cut. “I love it. I didn't realize it had turned into what it turned into. My girlfriend cuts my hair, and she's been doing it for 10 years. It was just one time that we had a miscommunication and all of a sudden people think that I need a new hairdresser. I'm like, 'No'… she's an amazing hairdresser.”

What do you think of Cam's look? Sound off below!

"What to Expect When You're Expecting" opens May 18.