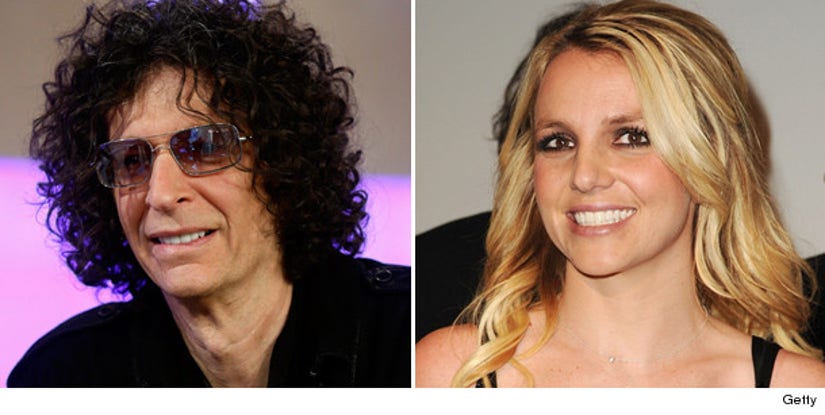 FOX is reported to have shelled out $15 million for Britney Spears to judge "The X Factor" -- but according to Howard Stern, it wasn't the brightest investment.

"I think it's a wonderful decision. Britney still thinks the earth is flat," Stern reportedly joked at a press conference at the New York Friars Club today.

"I can't imagine… I think we're going to tune in to see her, to see if she can function through the thing," he also said to the crowd. "As far as any real criticism, I think Simon [Cowell] and LA Reid will do that. I think Britney will sit there and eat a lollipop and wear a sexy outfit."

"I'll tune in to see what kind of trainwreck she is, absolutely," he added. Who's with him?

Stern starts his own judging gig next week when "America's Got Talent" premieres on NBC.