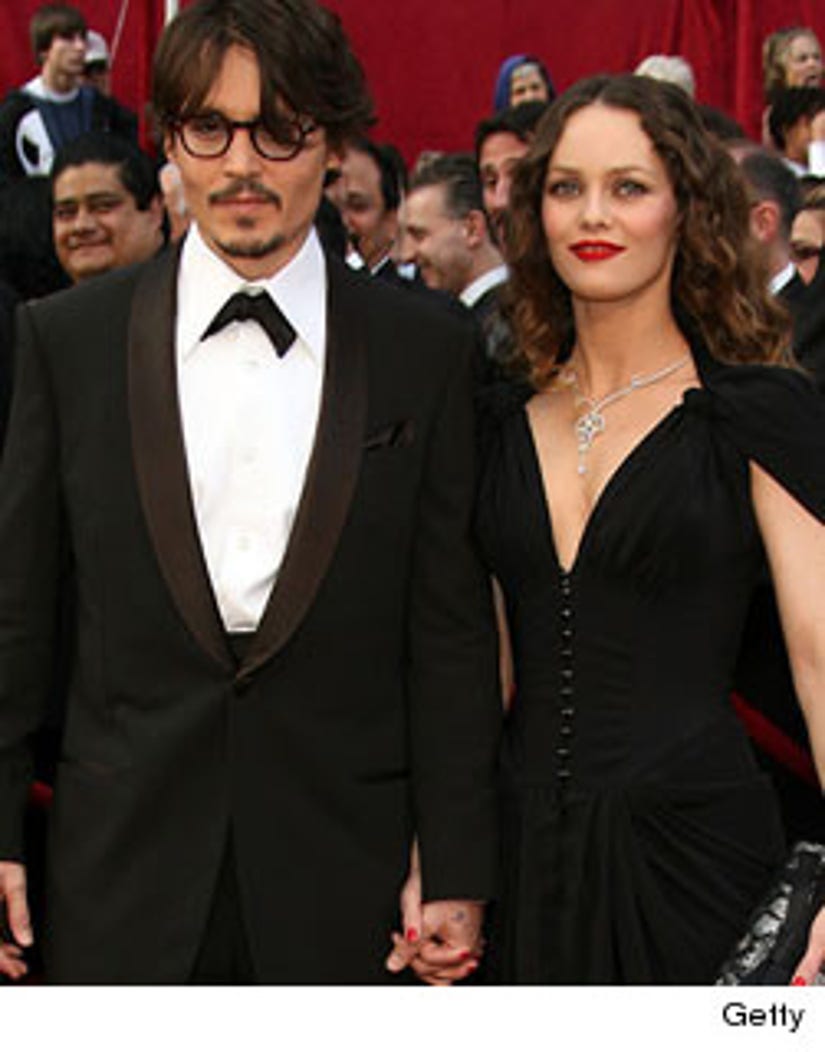 After months of speculation, Johnny Depp is finally speaking out against the rumors that he and longtime love Vanessa Paradis have called it quits.

According to British papers the Sun and the Mirror, the 48-year-old actor lashed out when asked about the reported split at the premiere of his new film "Dark Shadows" in London on Wednesday.

"The rumors are not true. They are absolutely not true," Depp explained.

“No matter what I say about this, people believe the opposite. I can't say enough about it not being over.”

Johnny and French actress-singer Vanessa have been together since 1998, and have two children together -- Lily, 12, and Jack, 10.

Despite Depp's proclamations that all is fine, Paradis was a no-show at the premiere of the film -- which hits theaters this weekend -- and has not made a red carpet appearance with her partner in well over a year.