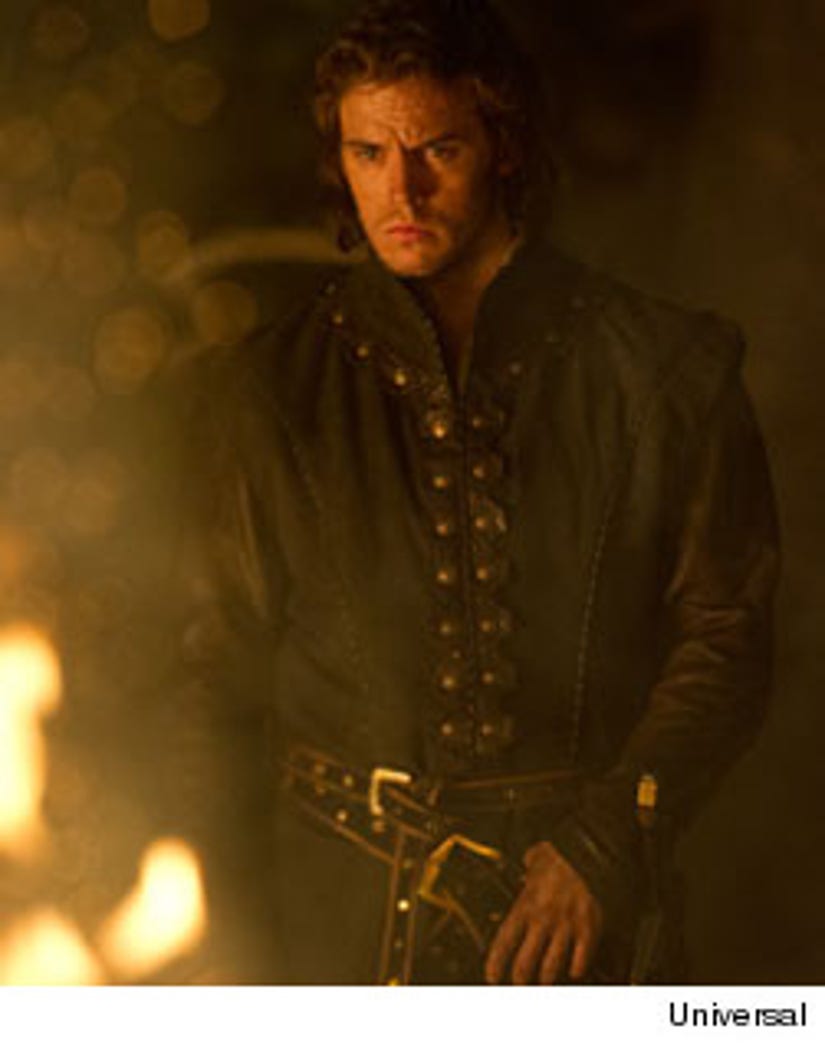 It's been a trial by fire for Hollywood newcomer Sam Claflin.

Last summer, the handsome British actor made his feature film debut playing Philip opposite Johnny Depp in "Pirates of the Caribbean: On Stranger Tides."

This summer, he's starring as Prince William in another sure hit, "Snow White and the Huntsman." His costar? Some actress named Kristen Stewart.

toofab's Lawrence Yee chatted with Sam about the upcoming blockbuster and how it was working alongside one of Hollywood's hottest stars.

toofab: How was it acting with Kristen?

Sam: I'm very lucky to work with such people. I'm scared I've been spoiled. Kristen was an absolute pleasure. She's so young and so talented.

Here she is ... the most famous person on the planet. People think actresses like her are going to be a diva; not generous with her time. She was down-to-earth, generous, professional and hardworking.

toofab: She has a reputation for being notoriously shy.

Sam: On a set like this everyone is quite nervous. I never found she was too shy to talk. She was incredibly inviting.

toofab: They joke that the go-to accent in fantasy films is British. As a native Brit how did you fare?

Sam: I was the lucky one, I was the only one to have his own accent. It was great that I didn't have that added pressure.

I was knocked for six [British expression for being completely floored] hearing Kristen speak with an accent. I was so used to her speaking as an American. She had the perfect English accent.

Sam may not have had to learn an accent -- archery and horseback riding, however, were new to him. He did a little archery while in the Cub Scouts, but had to train seriously to play the heroic Prince William.

"It was hard. My fingers were blistered. My forearms were constantly bruised [from the bow string snapping back]," Sam admitted.

"Me and Chris [Hesmworth] were told we had to ride into a castle, dismount and then charge forward with a scream. I never dismounted a horse when it was moving. I didn't think to slow down. As I slung my leg over in my armor, my foot got caught and I landed face first into the ground. The director screamed 'carry on!,'" Sam recounted.

Luckily for his fans, his face was unscathed. You can see it in "Snow White and the Huntsman," opening June 1, 2012. Be sure to check out the gallery below for even more spectacular shots from the film! 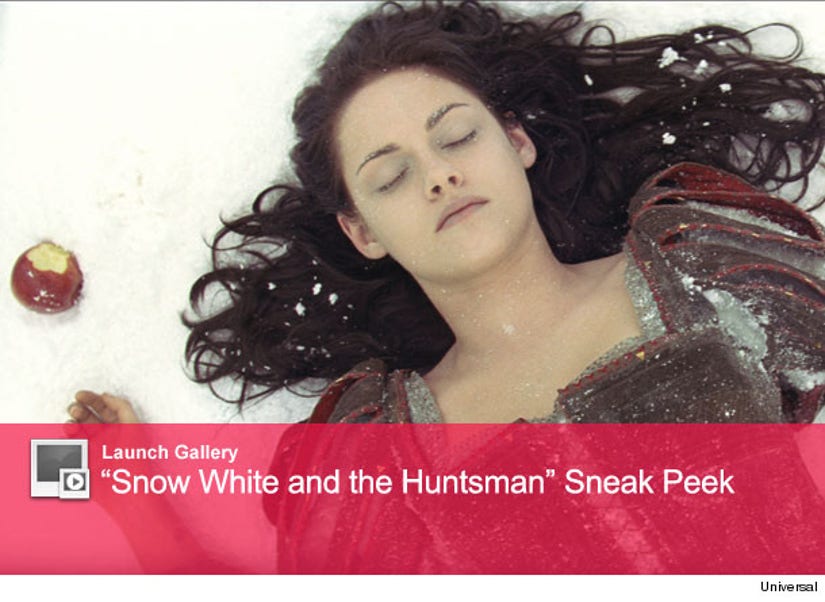