Britney Spears and Demi Lovato will be judges on the second season of "The X Factor."

They will be joining returning judges Simon Cowell and L.A. Reid on the four-person judging panel. Simon confirmed the news at the FOX upfront in New York, tweeting the following message and photo below: 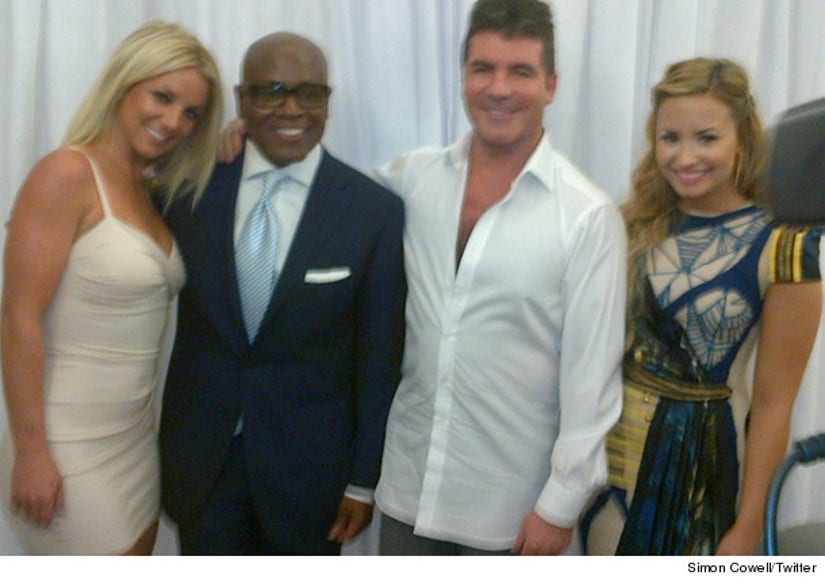 "I'm absolutely delighted Britney and Demi are joining us," Simon added in a press release. “Britney remains one of the biggest stars in the world, she's talented, fascinating -- and I believe she knows exactly how to spot 'The X Factor.' Demi's had an amazing career in music, TV and film for someone her age. She's young, confident, and enthusiastic. I think it's really important that she speaks to our younger audience. The new panel will be dynamic and will work really well with the changes we are making to the show.”

“I couldn't be more excited to join 'The X Factor' judging panel," Britney said. "I'm a huge fan of the show and now I get to be a part of the action. Simon and L.A. better watch out!"

"I'm so thrilled to join this legendary group of judges on 'The X Factor,'" Demi added. "To be able to spend each week with Simon, L.A. and Britney watching the best that America has to offer is truly a dream come true."

The reality TV competition disappointed in terms of ratings and talent the first season. Simon had sought big names to replace Paula Abdul and Nicole Scherzinger.

Time will tell how the new line-up will work, but with the addition of Britney and Demi, ratings are sure to skyrocket -- at least initially. TMZ reports Britney's deal is worth $15 million.

What do you think of all the "X Factor" changes? Tell toofab in the comments below!