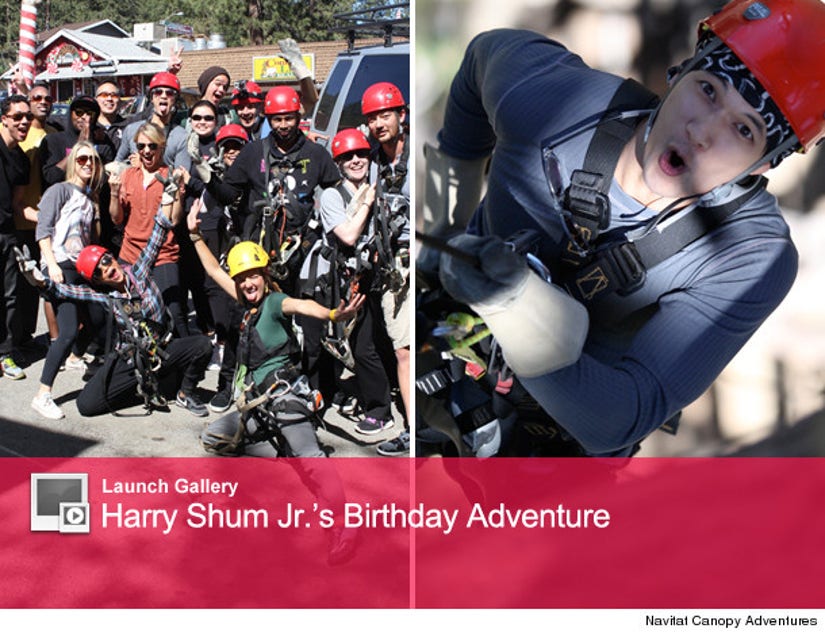 The cast of "Glee" may be done filming for the summer, but that doesn't mean they're done hanging out with each other!

Harry Shum Jr., who plays "Mike Chang" on the FOX show, celebrated his 30th birthday over the weekend a Navitat Canopy Adventures in Wrightwood, CA -- where co-stars Darren Criss, Dianna Agron and Vanessa Lengies joined him for some fun in the treetops.

The gang took advantage of the park's 10 zip line courses, ranging from 200-1500 ft. in length and hovering over the San Gabriel Mountains.

Sounds like Harry and Dianna enjoyed themselves, with the duo tweeting:

Zip-lining was epic to the max! Thanks to the tour guides and @navitatca. Let the good times zip! instagr.am/p/KjB_CJHEuJ/

Hey remember when we went ziplining through the forest? Oh yeah. That was awesome. #saturdayactivities #navitat #gothere