Lady Gaga shocked audiences (and vegetarians) when she donned a dress made of raw meat to the 2010 MTV Music Awards.

The pop star, who's been known to recycle her style, wore a new (or should we say fresh) meat dress while performing in Tokyo over the weekend.

Famed photographer Terry Richardson captured Gaga in action on stage, performing on a set designed to resemble a meat locker. Check out the full photo here and a comparison of the two looks below. 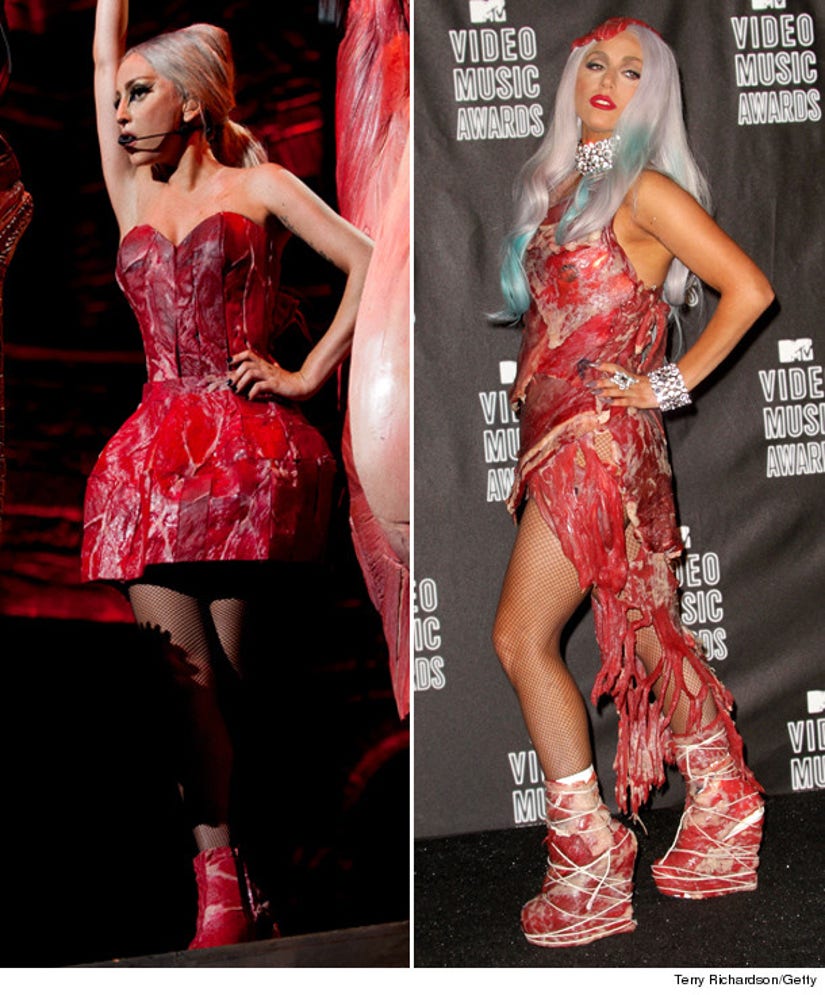 Gaga's newest meat dress is far more structured, featuring a sweetheart neckline and skirt. Given its tailored look and the fact that she's actually performing in it (as opposed to just accepting an award), it's probably not made of raw meat -- just fabric treated to look like it.

Still, the concept of a meat dress may be appalling to some.

As for the original, infamous meat dress ... it was dried out and is now on display at the Rock and Roll Hall of Fame.

What do you think of the questionable style? Tell toofab in the comments below!