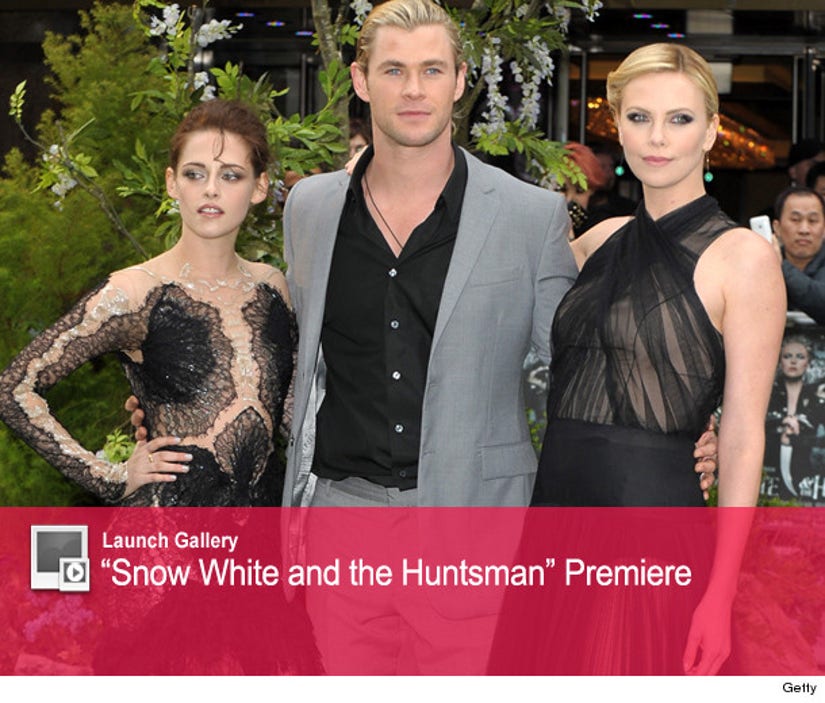 Who's the fairest of them all?

That's the question we're asking you after today's "Snow White and the Huntsman" premiere today in London -- where Charlize Theron and Kristen Stewart stepped on the red carpet in two very different black gowns. 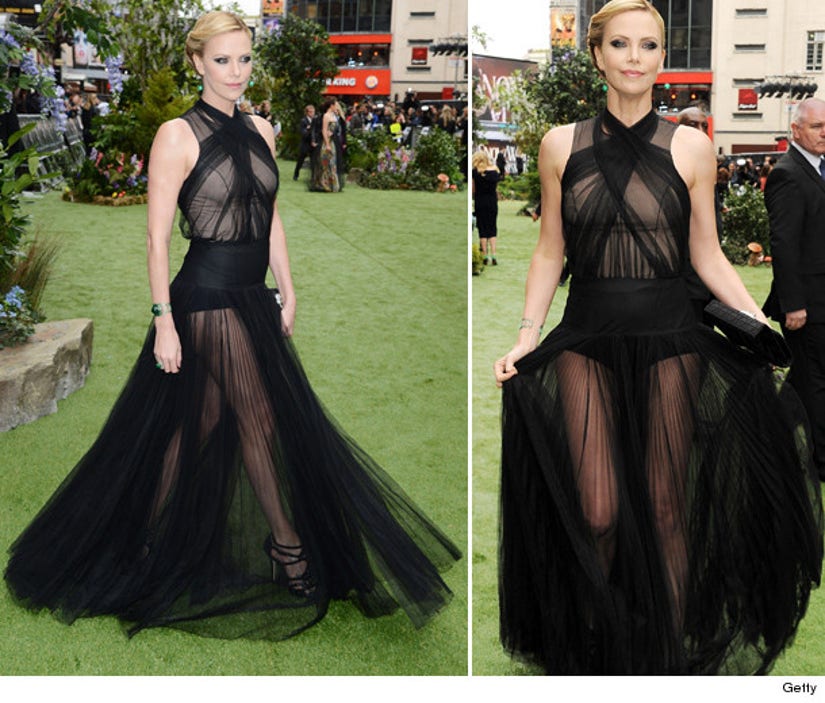 Charlize was the first of the two to arrive in Leicester Square earlier today, where she stunned in a sheer Dior dress.

We're guessing that nude fabric under the see-thru parts of her gown had everyone on the red carpet doing some serious double-takes! 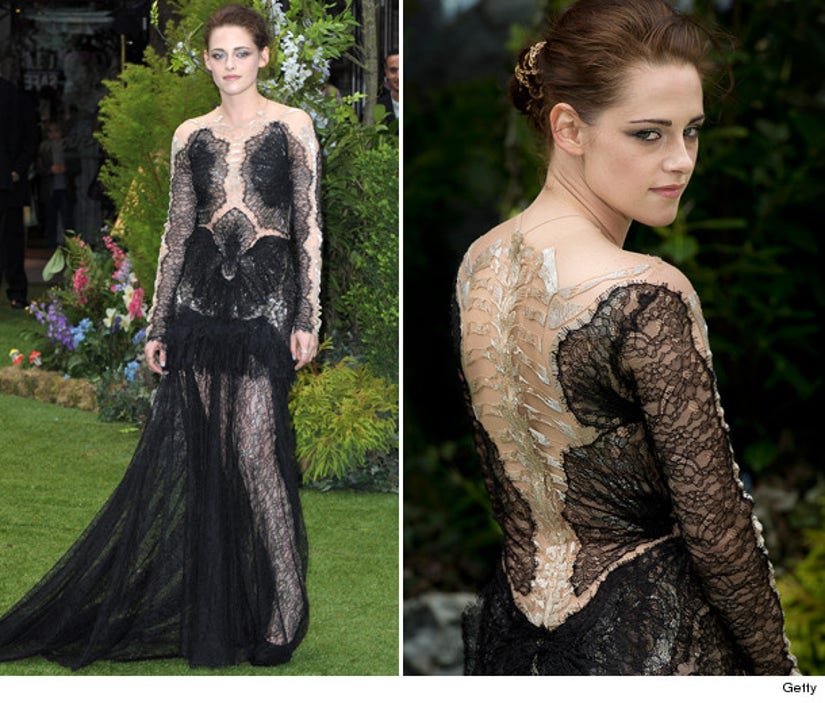 Kristen showed up next, also wearing black -- but while Charlize's number was simple, Stewart's dress was definitely more intricate.

The lace dress is from Marchesa and features a heavily-detailed back that resembles a reptile spine. Stewart appeared to have a little trouble with the gown's length though and got tripped up on it a couple times at the premiere. Her accessories included Jimmy Choo shoes and Kara Ackerman Designs stackable rings.

Which overall look do you like better? Vote below!

Of course, the two women weren't alone on the red carpet -- they were joined by hotties Sam Claflin and new dad Chris Hemsworth. Check out all the arrival shots above.