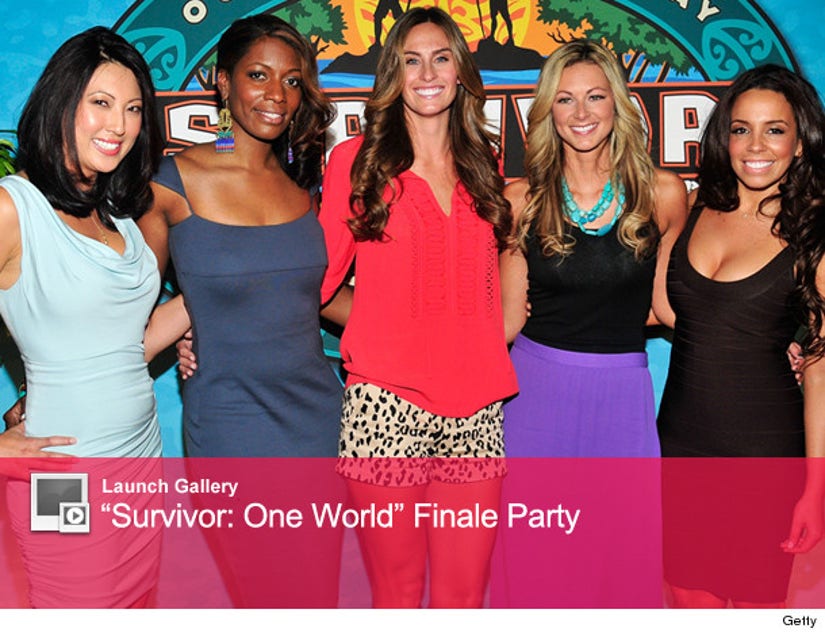 Kim Spradlin (center) not only won the CBS reality competition's $1 million grand prize Sunday, the crafty 29-year-old bridal shop owner from San Antonio, Texas, also brought the alliance that she helped form at the game's outset to the final tribal council all while engineering the dismissal of each member of the show's nine-person jury of former players.

"I strategized until I was blue in the face," said Spradlin.

The jury ultimately voted for Spradlin over her allies, 33-year-old high school teacher Sabrina Thompson of New York and 26-year-old medical saleswoman Chelsea Meissner of Charleston, S.C. Spradlin, Meissner and Thompson worked together from the first day of the game, which originally featured two tribes divided by sex living on the same beach in Samoa.

"We were a mess at the beginning, and then we just pulled it together," said Thompson, who nabbed two jury votes to Spradlin's seven. Spradlin also received the most viewer votes, winning an additional $100,000 fan-favorite prize.

Spradlin secured her place among the final three contestants on the 24th edition of "Survivor" by winning four individual immunity challenges, including the final two physical competitions, which ousted 29-year-old career consultant Christina Cha of Los Angeles and 25-year-old special education teacher Alicia Rosa of Chicago from the 39-day contest.

At the end of the finale, "Survivor" host Jeff Probst announced that the upcoming 25th season would be titled "Survivor: Philippines" and would feature three tribes as well as three returning contestants that previously removed from the game for medical concerns.