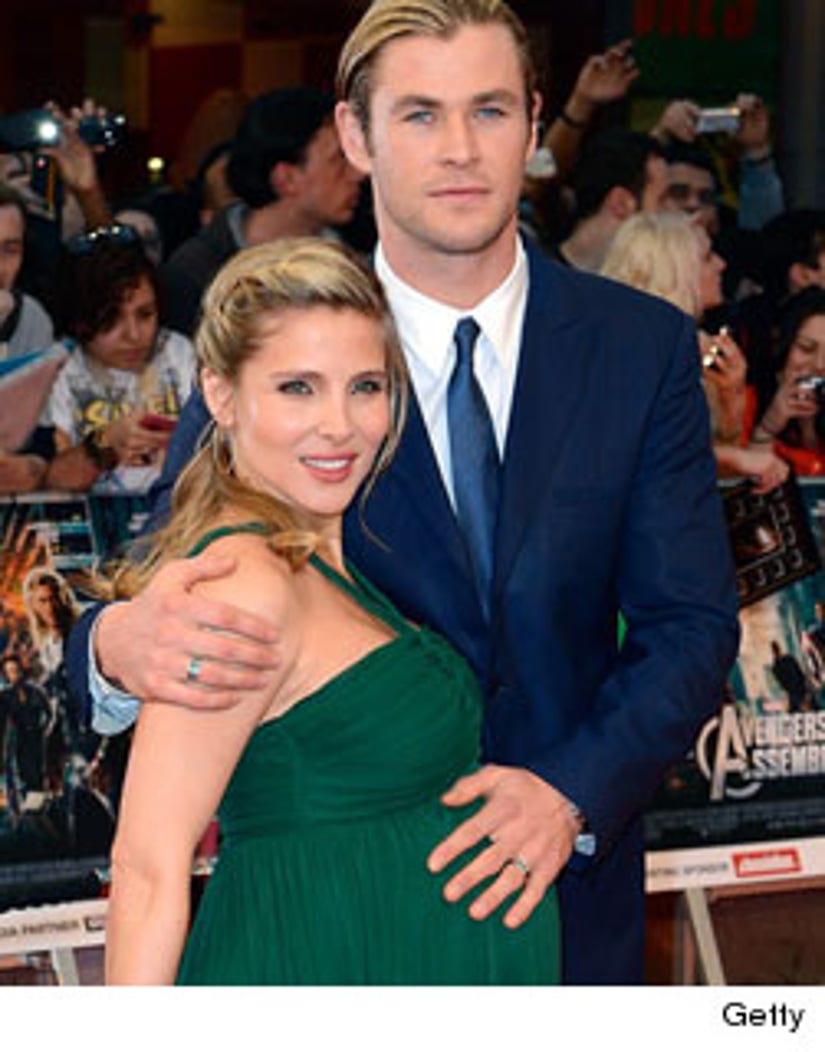 Chris Hemsworth has a lot to celebrate right now -- not only has his film "The Avengers" made more than $1 billion globally in just over two weeks, but he is also a new dad!

The 28-year-old actor and his wife, Spanish actress Elsa Pataky, 35, welcomed daughter India Rose on Friday. No other details about the little girl have been released.

India is the first child for the couple who have been married since late 2010.

When they announced the pregnancy, Elsa confessed to Spanish magazine Hola! that her Australian-born hubby was going to have to brush up on his Spanish skills.

“I'm only going to speak to the baby in Spanish," she said. "I already told my husband, 'Get ready fast with Spanish because, if not, you're not going to be able to understand what we say.”

Chris is quickly becoming one of Hollywood's hottest leading men. In addition to starring as Thor in the smash comic book films "Thor" and "The Avengers," the handsome blonde actor also stars as the Huntsman in the upcoming "Snow White and the Hunstman," opposite Kristen Stewart and Charlize Theron. The film, in theaters June 1, premieres today in London, and the new dad is scheduled to be there!