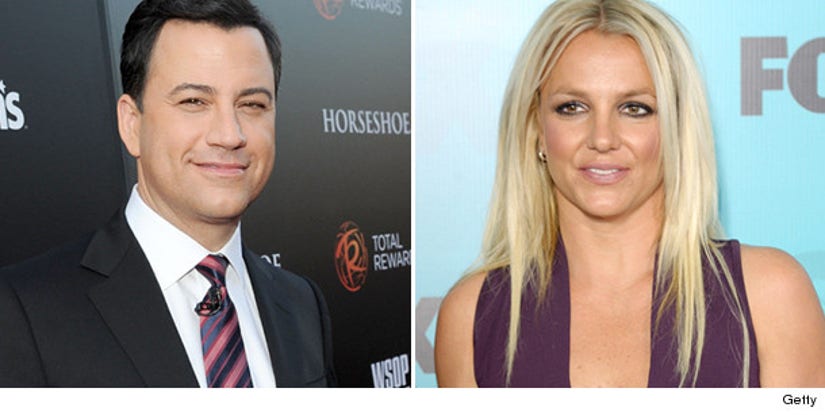 The late show host trashed the pop star and new new judging gig on "The X Factor" moments ago at the ABC Upfronts in NYC.

"No one knows talent like Britney Spears and Demi Lovato," Kimmel cracked at the presentation -- but that was only the beginning.

"As you know Britney Spears has been wanting to be a judge ever since she spent the last 10 years appearing before them," he continued.

Though the crowd reaction to his jokes was mixed, Kimmel kept on with the Spears slams.

"They paid her in Cool Ranch Doritos," he added, before referencing her reported $15 million pay day.

"If you pay her $15 million, how much would you have to pay someone who could sing?"

"Paula Abdul is the Rosa Parks of bipolar talent show judges," he joked. "No one was more dedicated or more medicated than Lady Paula and we must never forget her!"

Ouch, right?! Did Jimmy go too far? Sound off below!