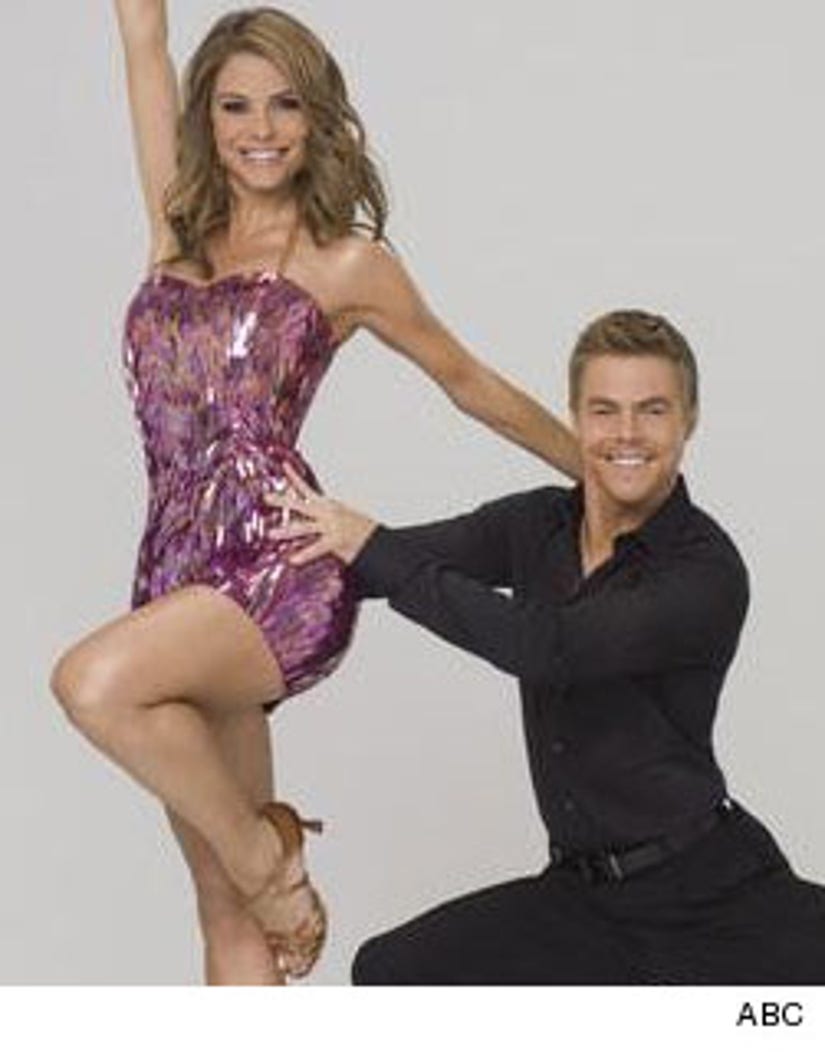 LOS ANGELES (AP) — Maria Menounos earned a perfect score on Monday's episode of "Dancing With the Stars," but on Tuesday, she was ousted from the show.

The 33-year-old TV personality was eliminated from the ABC dance-off one week shy of the finals. Judges' scores are combined with viewer votes to determine who is dismissed each week.

Host Tom Bergeron announced Tuesday that next season's "Dancing With the Stars" will feature contestants and champions from past seasons vying for the title.