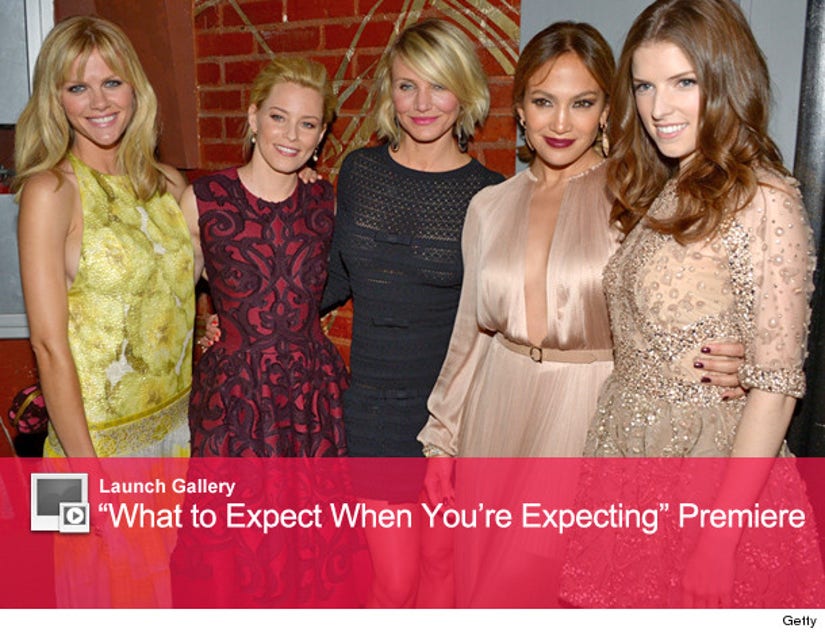 Here's something you probably wouldn't expect from the cast of "What to Expect When You're Expecting": They all get along!

While there have been rumors that the women had some diva behavior behind-the scenes, J.Lo and Cameron set the record straight.

"They made (rumors) up about us on this movie," Diaz tells Ellen DeGeneres in an interview airing today. "The fact that we wouldn't talk to each other and there were all these cat fights."

"I was like, I haven't even seen her yet…give us a chance to get in the room," added Lopez.

"It's always like that. They want women to be cat fighting," Diaz continues. "We live in such a misogynistic, chauvinistic, especially the media itself.. Always spinning woman against one another."

Of course, the movie isn't just about the women -- there are also some pretty hot guys in the cast too!

Chace Crawford, Matthew Morrison, Rodrigo Santoro, Joe Manganiello and more also posed it up on the red carpet for the premiere.

Check out all the premiere pics above! The movie opens May 18.