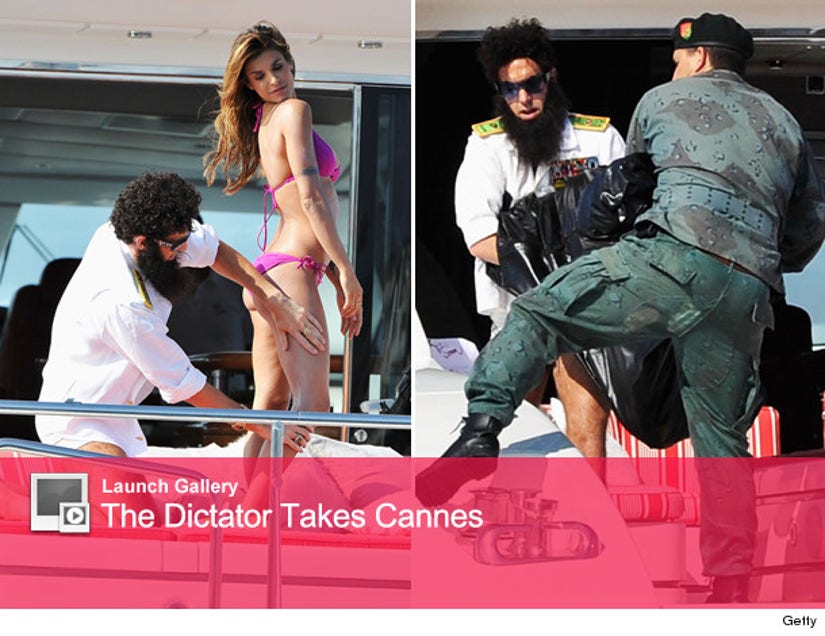 Cannes kicked off with a bang today in France ... and a staged murder!

Sacha Baron Cohen and George Clooney's ex, Elisabetta Canalis, got the party started with a publicity stunt on a yacht in front of Hotel Du Cap.

Canalis, wearing an extremely sexy pink bikini, was seen tanning with Cohen ... who was in costume as his latest character, General Aladeen, from "The Dictator."

After lathering each other up with sun tan lotion and drinking champagne though, Aladeen was done with the former "Dancing with the Stars" contestant -- and had one of his lackeys remove her.

They were later seen throwing a body bag overboard.

Obviously we're meant to believe he had her taken out ... but we have a feeling Canalis is still walking around Cannes just fine right now.

What do you think of the stunt? Funny or tasteless ... or maybe a little bit of both?

Check out the pics and sound off below. "The Dictator" opens today in theaters.