She's easily one of the most beautiful women in Hollywood, if not the world.

But Charlize Theron wasn't always so stunning. The actress, who plays the Evil Queen in "Snow White and the Huntsman," reveals she had no teeth growing up!

"My early childhood was quite devastating. I had no teeth until I was 11," the South African actress revealed to U.K.'s The Sun. "I had jaundice when I was a kid and I was put on so many antibiotics that my teeth rotted. They had to cut them out."

Charlize continued, "That was tough, you know, being in school having photos taken while I was pretending I had teeth. It was hideous." 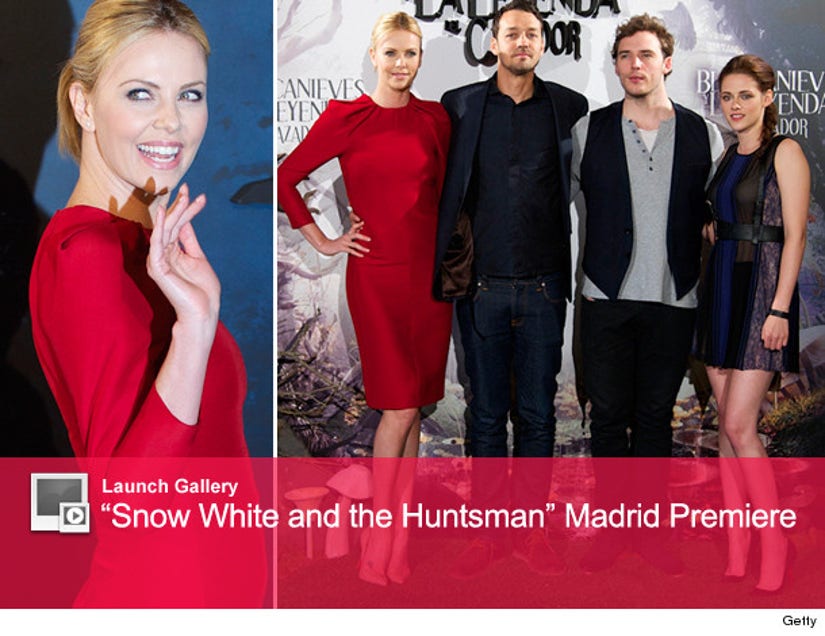 Eventually, Charlize's teeth were fixed and her beauty blossomed. She was spotted by a model scout at 16 and the rest is well ... a fairytale ending.

Check out the latest photos of the blonde beauty, Kristen Stewart, Sam Claflin and more at the Madrid premiere of "Snow White and the Huntsman" above. The film opens domestically June 1st.