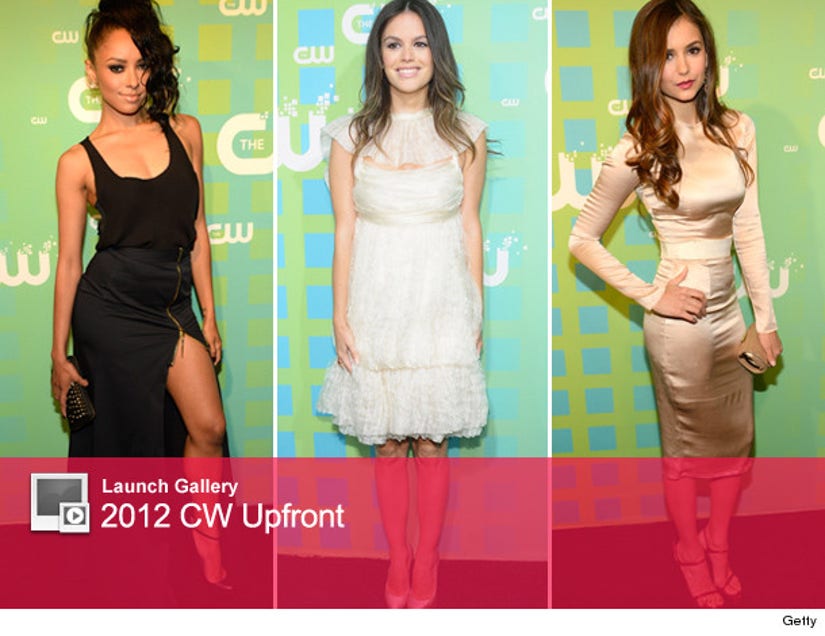 The CW unveiled its fall lineup today in NYC -- and there were a ton of hot young stars there when they did it!

The sexy casts of "The Vampire Diaries," "90210," "Supernatural" and "Hart of Dixie" hit the black carpet earlier today for the network's upfront presentation.

While all the young stars looked great, we're giving the edge to the "Vampire" cast -- thanks to Kat Graham's Jolie-ing and Nina Dobrev's skintight dress.

The casts of a few new programs were at the event to, promoting Fall TV shows like "Arrow," "The Carrie Diaries" and "Beauty and the Beast."

"Arrow," starring Stephen Amell and Katie Cassidy, stars Amell as the DC comic book hero Green Arrow -- who sets out to "right the wrongs of his family, fight the ills of society, and restore Starling City to its former glory."

Check out the first ab-tastic clip from the show below:

"Beauty and the Beast," starring "Smallville" actress Kristin Kreuk as a detective who discovers a man who "becomes a terrifying beast, unable to control his super-strength and heightened senses" when he gets angry.

Watch Kruek and The Beast in action:

What are your first impressions of the new shows? Sound off below!