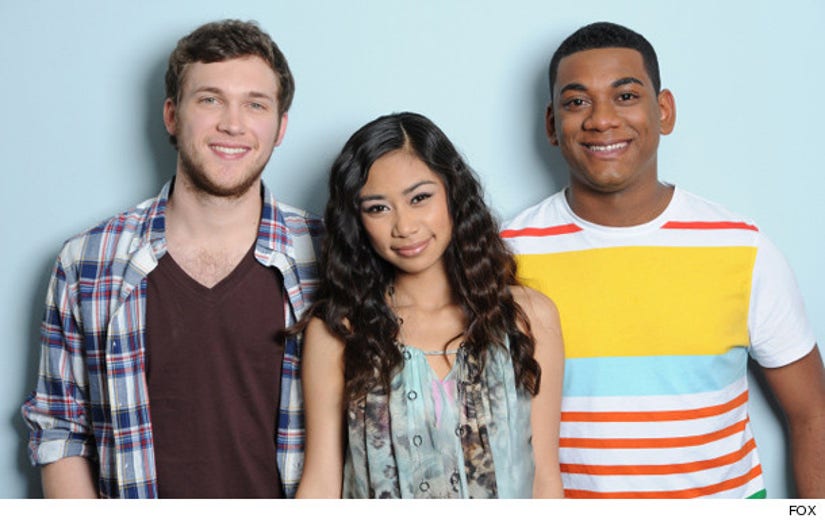 "I just feel that we're all winners at this point," Ledet said before his eviction. "If I end up not making it and my friends make it, I'll be voting for both of them."

Ledet had been one of the judges' favorite finalists, earning more than a dozen standing ovations from the panel for his renditions of such songs as James Brown's "It's a Man's Man's Man's World" and Bruno Mars' "Runaway Baby." However, the gospel singer wasn't able to win over enough voters. He twice appeared as a low vote getter before Thursday's dismissal.

Phillips and Sanchez, who sometimes performs as her alter ego "Bebe Chez," will face off Tuesday, with the 11th season "Idol" champion crowned on Wednesday. Phillips has never found himself at the bottom of the voting spectrum, while Sanchez was due to be eliminated during the finals' sixth round, but the judges used their one-time-only power to rescue her from elimination.