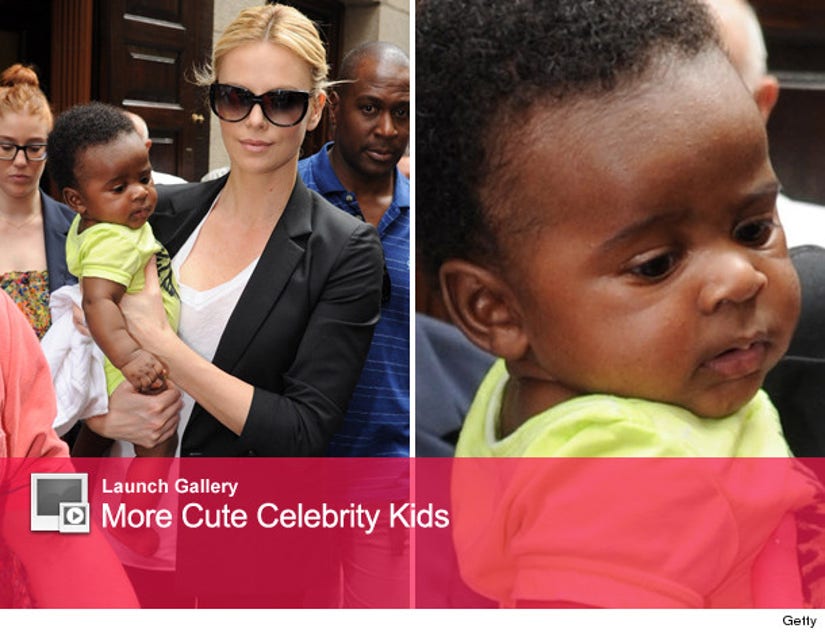 Charlize Theron and her "Snow White and the Huntsman" co-stars aren't the only ones traveling the world promoting the movie -- so is her adorable adopted son Jackson!

The stunning 36-year-old and her little boy were spotted in Madrid yesterday, between a photocall for the movie and a local TV appearance on "El Hormiguero" with costar Kristen Stewart.

The actress opens up about her decision to adopt in the new issue of Australia's Madison magazine -- saying it's something she's been thinking about since she was a little girl.

"My mother found [a letter I wrote]. It said, 'Would you please take me to orphanage, so that I can go and adopt a baby?'" explains Theron. "I always knew I would adopt. Always."

While she may have always known she'd eventually adopt, she didn't necessarily think she'd go about it alone.

"You know, I don't think any mother aims to be a single mom. I didn't wish for that, but it happened," she says.

Check out more stars and their cute kids in the gallery above!