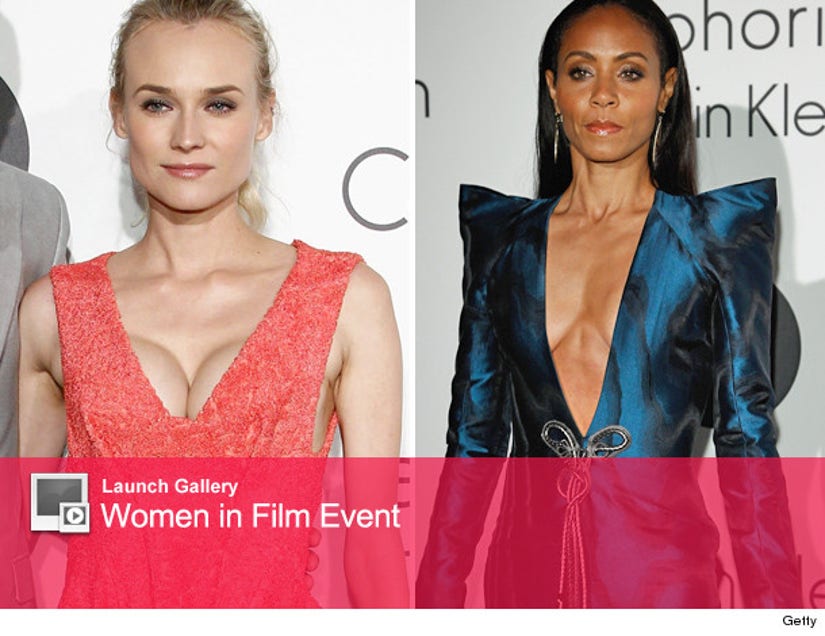 Diane Kruger and Jada Pinkett Smith are known for their fashion-forward style -- and last night, they both stepped out in some very risque looks!

Both ladies wore outfits that flaunted the same asset: Their chests!

Kruger, who walked the red carpet with boyfriend Joshua Jackson, pushed up the girls while wearing a coral gown.

Smith's look was even more revealing, wearing a shiny and extremely low-cut black and blue outfit with some crazy shoulders.

The women were joined at the event by fellow fashionistas Jessica Chastain, Naomi Watts and Isla Fisher, plus dapper dudes like Chris Rock and David Schwimmer.